Writing Encouragement That Will Cheer You Up 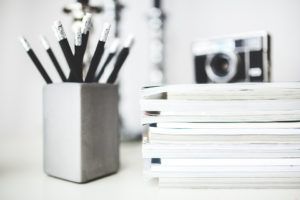 Writers everywhere have a similar problem. When I tell people that I want to have a career in writing, most of them look at me like I grew 2 extra heads.

I’ve even had someone tell me it is “a waste of money to go to school for writing.”

I don’t let their comments affect me, though, because the only reason they think that is because they don’t truly understand what it’s like to be a writer. It’s something that only fellow writers can understand.

It isn’t a secret that being a writer isn’t the easiest career choice, and can be very discouraging at times. From living in poverty to constant rejection, writers are constantly struggling. Despite the hardships, there are upsides to choosing this career path.

These 19 writing encouragements show why becoming a writer is a good option, and it should keep writers motivated!

1. You are a creator of your own world 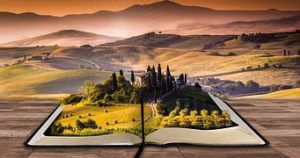 Not many people can say that. Being a writer means you are able to create any type of scenario from your mind and make it come to life. You are able to take any of the 5 senses and duplicate the experience and sensation from a fictional character to the reader. It’s like a superpower.

If you are one of the few who stay through the hardships and don’t give up, that just shows how determined you are! This is good, because some lose interest in their job and see no reason to try as hard as they should, but there is no easy-way-out when it comes to being a writer. There needs to be a plan and it needs to be followed for a writer to become successful.

There is nothing wrong with wanting to feel loved. In fact, it would be lovely to be loved by hundreds of thousands of readers. I would love going to work much more if someone asked for my autograph because they admire the way I clean tables. Whether there is 1 or a million, fans are a big part of encouraging writers to keep going.

4. Writing can change your life.

For many, writing is as therapeutic as it is entertaining. Many writers have put their own life experiences in their books, and as a result they felt a sense of relief when it was finished. Whatever type of writer you are (journalist, fictional, nonfictional, blogger), your work can be used as a vessel to help you through tough times.

5. Writing can change others’ lives.

Just as writing can heal you, it can heal others as well. Depending on what you’re writing about, there is a good chance that people are going through similar situations. Sometimes people are left in difficult positions and need a guide to help them make decisions. A piece of paper, a few paragraphs, or merely just one sentence can change someone’s life, from giving people hope to saving a life.

Once, when a father was dying, the son sat by his bed and read to his father from his favorite book. The book wasn’t written by a famous author. It was probably someone you’ve never heard of, but the son loved him, and he wanted his father to listen to this story. He read to his father for three days from this book, and on the third day, his father died. After the burial, the son sought out the author and thanked him, telling the author that his words had been the last his father had heard.

6. You get to see things from a different point of view. 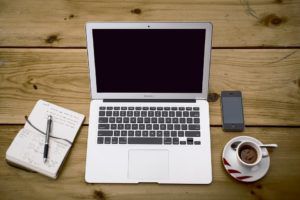 7. Your workplace is wherever you want it to be.

That alone is just wonderful. Just think, spending an entire day in your bed. Some people have to wake up at 5 a.m., get dressed and try to find the energy to get through the day … BUT YOU DON’T EVEN HAVE TO GET DRESSED! Talk about the American Dream.

8. The options are endless.

Novelist, screenwriter, blogger, journalist, lyricist, you choose! There is such a diverse collection of careers to pick from. Many think that writing is just a one-way street — write a book and get paid for it — but it’s so much more than that! You can combine any of your other interests with writing to make a career that you love. Everything needs a start, which means everything needs an outline. Luckily for writers, this provides a career opportunity!

It’s no surprise that one of the highest paid writers is the author of 50 Shades of Grey with $91 million. Though the chances of making that much might not be the best, there is still hope! It might not be an 8 digit number, but the average starting salary for writers is $55,940, which isn’t bad. Who knows, a few steamy scenes later (along with a handsome CEO) and you too could be earning millions.

10. You get your name printed.

This is one of the best feelings in the world for a writer: getting acknowledgment. When your name gets printed in black ink underneath the name of your work, you realize that you did it. You completed something, and people are going to look at it and it’s going to be your work. There is no other feeling like it. 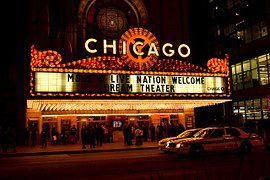 From movies to television and even theater, books are being recreated into live action and cinema more and more every year. “Pretty Little Liars,” “The Vampire Diaries,” and “City of Bones” are just a few examples of books that have been turned into TV series.

For movies, there are many as well, including “Twilight,” “Percy Jackson,” “Divergent,” “The Hunger Games,” “The Jungle Books,” “The Great Gatsby,” and more! There is a big opportunity for writers when it comes to taking stories from a page to a screen.

Many people are restrained form doing their absolute best when it comes to work, but as a writer, you are your own boss. Doing something risky, uncommon, a little odd, it is all up to you if you are going to do it or not. Something I’ve learned throughout my teenage years is that there is a fanbase for EVERYTHING. Don’t be afraid to do something out of the ordinary, because the odds are that someone will enjoy it, and where there is one there are many.

13. You get to spend time with other artists.

Aren’t artists the best? Aren’t other writers cool? It’s so much better than spending time with boring officemates. Meeting another writer means meeting someone who took a risk, had writers-block, had to basically survive off coffee, and still never gave up … just like you.

14. You can speak/write the English language better than most people.

With new slang being created everyday such as “on fleek”, “turn up”, “dat boi”, “fam”, and “it was lit,” sometimes I find it hard to take English seriously anymore. As a writer, you are one of the few people who actually know how to speak correctly. From grammar to vocabulary, you know it all. You should be happy that you are not one of the 500 people per year who search “righting a book”in Google.

As a writer, you are leaving something behind; leaving your mark on the world. From the moment the first person reads your work, you are a part of their life. By writing, you are immortalizing yourself. Whether it’s one or 1,000,000 copies, someone is going to read what you made, and the first thing they are going to see is your name. 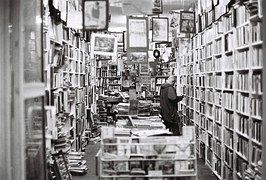 16. That amazing moment when… you see your work on display.

In a store window, on a website, or on a bookshelf, there is no denying the feeling of satisfaction and self achievement that goes through a writer’s body. Just to think of all the times you were in a book store and picked up a book that caught your eye. Or clicked a link because of the interesting title. Someone is going to experience that again, but with your writing. Then the cycle continues! Who knows, maybe you could inspire some future writers of the world.

Obviously there will be those days where you might not get a blink of sleep, but with a well planned out schedule, you can manage to get work done and still be well rested. This is great, because some people have to get up early, work all day, and then stay up most of the night to finish anything they didn’t get to earlier. But for you, you can wake when the sun is already up and start after having a nice yummy breakfast and even relaxing a little. It is so flexible, as long as you finish what you need to (that means no procrastinating). 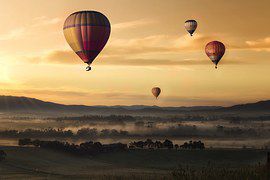 The best way to write an amazing story is to have an amazing adventure to inspire it. Having fun is a part of the job, “Even better if it’s illegal!” as someone has told me. Though I am not telling you to go and break the law, 30 years from now, when you are looking back, wouldn’t you want to smile thinking of all the fun you had and risks you took instead of grimacing at the thought of how all you did was sit at an computer all day? If this isn’t writing encouragement, I don’t know what is, considering most jobs just require you to sit at a desk all day. 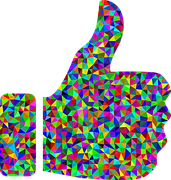 You don’t want to know how many times someone has asked to help them with their writing. Though it may seem easy to you, some people struggle with writing and creating ideas, all while staying organized. It is a talent! You have the ability to do something well that is one of the most important things in the world; communicate. Without writing, how would anyone communicate with each other? Without grammar, how would we understand each other? Without vocabulary, how would we express things that seem too complex for the obvious and simple words used in everyday life? Don’t be discouraged if people say there are other “more important” or “more rewarding” jobs. After all, what’s more rewarding than being great at something you love to do?

I hope this writing encouragement helps you continue on your journey as a writer. Good luck with writing!