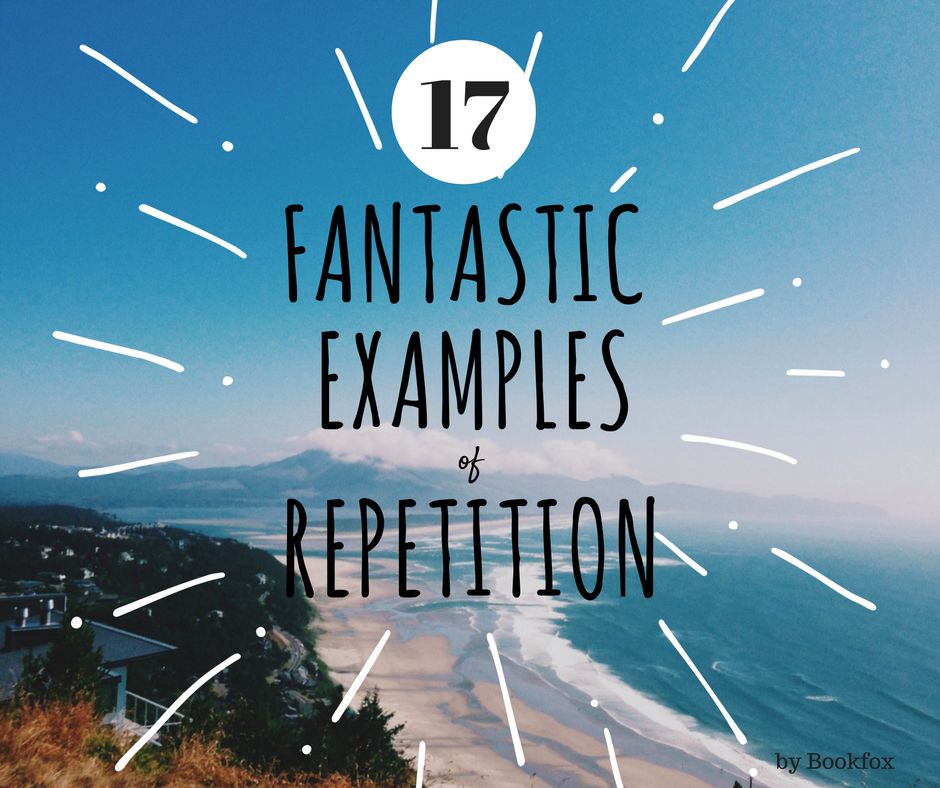 The governing wisdom about writing sentences says not to repeat. Repetition is bad. Repetition is sloppy. Writers are encouraged to consult a thesaurus and change up that pesky offending word.

But is this really true?

If you repeat on purpose, repetition is gorgeous.

I mean, think about music. Music is all about repetition and patterns. If you didn’t have repetition in music, it would all just be noise.

Please study the repetition examples below, which are mostly figures of speech, to learn how to repeat well. Here are a few more tips:

Six repetitions in this sentence! Catholic is repeated six times, and by the end, it’s actually funny. That’s really important about repetition — it’s essential for humor. So many jokes rely upon repeating the same word in different ways. In fact, in the stand-up comedy world, there’s a term for it: A Callback. It’s when you reference a joke that you made earlier in a new context, and through that repetition it’s funny in a whole new way.

But what makes this sentence great is the ending. Those last three words, which break the tense of the previous 6 verbs (was, was, was, was …) and then “had been.” Ha! The father was a Catholic simply because his mother was formerly a Catholic.

2. “I felt happy because I saw the others were happy and because I knew I should feel happy, but I wasn’t really happy.” 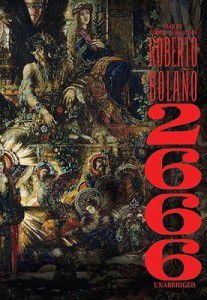 Four repetitions of the word “happy.” But every time the word is functioning in different ways.

This sentence is also a great example of a sentence that starts in one place and ends in another. We start with the belief in the narrator’s happiness, but by the end, we are surprised to find that he only feels like he should be happy rather than actually feeling true happiness. The sentence has been a journey that has taken us somewhere, from a stated truth to reversing that truth.

What’s great about this repetition example is that it’s a loose palindrome. There is a “worse” followed by 3 examples of “hypocrites” followed by another “worst.” If you just took those five words, they would read the same forwards as backwards. You might say that “worse” is not the same as “worst,” and yes, that’s a small difference, but repetition doesn’t have to be exact for it to work on the reader. 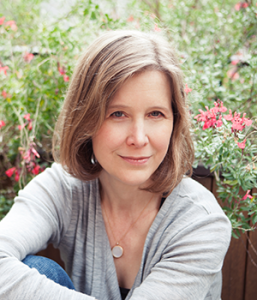 Is this about sex? About marriage? In any case, this is a perfect hourglass shape: an identical beginning and end with an interlude in the middle.

Once again, this sentence shows us the journey of a narrator that starts thinking one thing, changes her mind, only to change back to what she originally thought.

By repeating “yes” again and again, Patchett references the most famous case of repetition in literature: the end of Ulysses by James Joyce, which is definitely about sex:

“… then I asked him with my eyes to ask again yes and then he asked me would I yes to say yes my mountain flower and first I put my arms around him yes and drew him down to me so he could feel my breasts all perfume yes and his heart was going like mad and yes I said yes I will Yes.”

5. “Even if they are djinns, I will get djinns that can outdjinn them.”

What an awesome sentence. Isn’t djinn an awesome word? Especially with the made-up word of “outdjinn”? And that’s how the repetitions evolve in this sentence: through a coinage of a new word that plays upon the repeated word.

By repeating everywhere three times, Endo holds the whole of the sentence together and gives it shape and rhythm.

7. “Almost nothing was more annoying than having our wasted time wasted on something not worth wasting it on.”

Ferris is writing about the drudgery of working in a corporate office, and wasted time had to be at the front of his concerns. I love that repeated phrase “wasted time wasted.” As if the time was already wasted, but it was going to be wasted again by spending it on non-worthwhile projects.

This basically sounds like every corporate meeting that has ever occurred.

8. “The depressed person was in terrible and unceasing emotional pain, and the impossibility of sharing or articulating this pain was itself a component of the pain and a contributing factor in its essential horror.”

9. “Paranoids are not paranoid because they’re paranoid, but because they keep putting themselves, fucking idiots, deliberately into paranoid situations.”

You should have laughed at this sentence. Because Pynchon is normally funny, and here he’s being hilarious.

As if the problem with paranoids was not in their brains, but with the external world.

The bonus is that one of Pynchon’s main themes is paranoia — it’s what most of his books focus on — and so he sure knows about the logic of paranoia.

10. “Because the world is a place of silence, the sky at night when the birds have gone is a vast silent place.”

11. “There are some things that are so unforgivable that they make other things easily forgivable.”

Here is repetition built upon opposites: unforgivable and forgivable.

Here’s a sentence challenge: try to write a sentence that flip-flops between opposite words multiple times. For instance, use unforgivable twice and forgivable twice, showing the back and forth of the narrator.

12. “I had known loneliness before, and emptiness upon the moor, but I had never been a NOTHING, a nothing floating on a nothing, known by nothing, lonelier and colder than the space between the stars.”

This is the loneliest sentence of all time. Like David Foster Wallace, he chooses a word that accents his thematic word of loneliness, rather than loneliness itself. Because if he repeated loneliness, it wouldn’t be as powerful as actually making you feel lonely, which is what he does by repeating the word “NOTHING.”

“Nothing” is a word that actually makes you feel lonely. Four punches of this word and you as a reader feel like you’ve been knocked out. It’s one of the most powerful repetition examples on this page.

13. “You’re an insomniac, you tell yourself: there are profound truths revealed only to the insomniac by night like those phosphorescent minerals veined and glimmering in the dark but coarse and ordinary otherwise; you have to examine such minerals in the absence of light to discover their beauty, you tell yourself.” 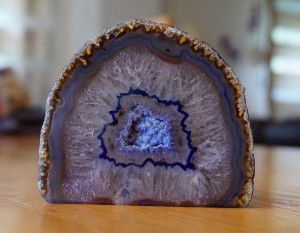 Most of the repetition we’ve looked at so far has been word repetition, and so here’s a phrase repetition.

“You tell yourself.” These three words, when they appear first, are rather innocuous. It’s something this person says to herself. But when it’s repeated a second time, as a coda to the sentence, it takes on an entirely new meaning: this is an example of self-deception. The narrator is telling herself something that isn’t true. The insomnia is likely hurting her, and she only believes it is helping her to avoid further pain.

For someone of Oates prodigious output, it’s surprising she doesn’t repeat more (that’s a bad attempt at a literary repetition joke. I apologize).

14. “Every person had a star, every star had a friend, and for every person carrying a star there was someone else who reflected it, and everyone carried this reflection like a secret confidante in the heart.”

But when you read it, it doesn’t seem redundant in any way. That’s because redundancy is unnecessary repetition, while beautiful repetition is exactly what the sentence needs.

15. “As my grandfather went, arm over arm, his heart making sour little shudders against his ribs, he kept listening for a sound, the sound of the tiger, the sound of anything but his own feet and lungs.”

We have an early repetition example with “arm over arm,” but the true repetition comes in the triple phrase at the end. It’s an example of anaphora, with a word being repeated at the beginning of phrases.

But my favorite part of the sentence is the “sour little shudders” of the heart.

16. “She was young the way an actual young person is young.”

You’re looking for a metaphor here. She was young in the way … of something. And Zink resists that. She pushes pie in the face of a metaphor. She’s going to deflate all your expectations and say that there’s only one way to be young: to be an actual young person.

This is why Zink is one of the funniest, zaniest writers out there.

Here we have a bit of a paradox. You wouldn’t think a timid heart would be a hard heart. By the second repetition of “heart,” Mailer has reversed your expectations of the sentence.

Do you have examples of repetition in literature? I’d love to read them in the comments below!

If you want more repetition examples or just plain amazing sentences, check out my post on 100 Beautiful Sentences or 25 Good Sentences.