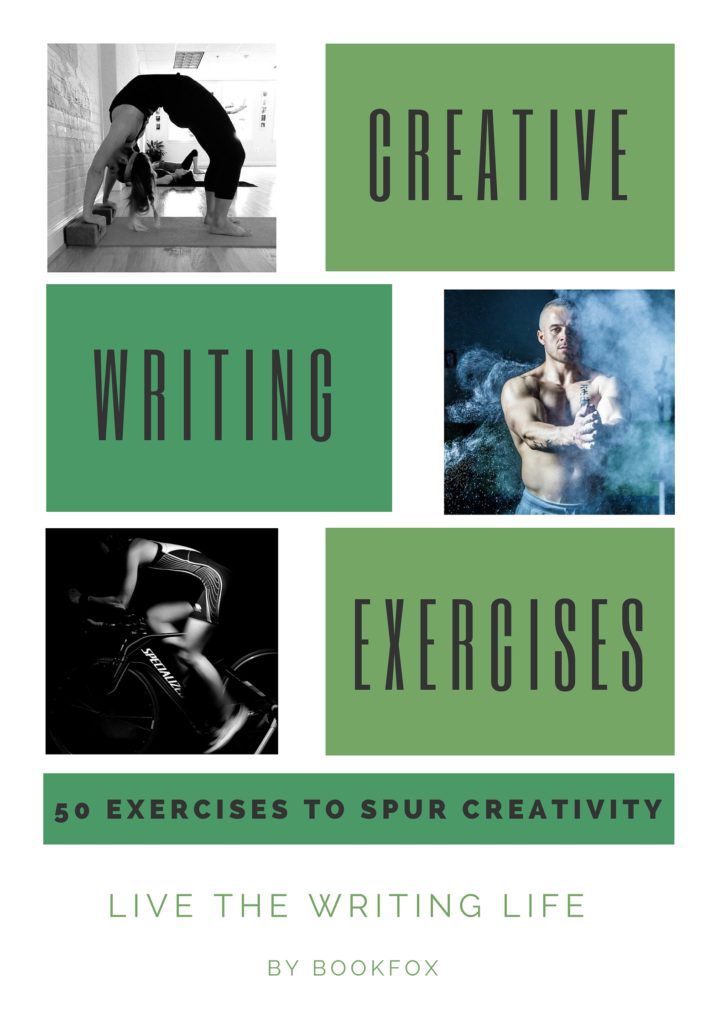 How are creative writing exercises different than writing prompts or story generators?

Creative writing exercises for adults are not designed to lead the writer into crafting a full story, but are only designed to help them improve as a writer in a narrow, specific category of writing skills.

I’ve broken the exercises below into categories so you can choose what category of skill you’d like to practice. Can you guess which category in this list has the most prompts?

If you guessed characters, then you’re right. I think characters are the heart blood of every story, and that a majority of any writing prompts or writing exercises should focus on them.

But I also think any of these will help you create a narrative, and a plot, and help you generate all kinds of dialogue, whether for short stories or for novels. These writing exercises are pretty much guaranteed to improve your writing and eliminate writer’s block.

Enjoy the five categories of writing exercises below, and happy writing! 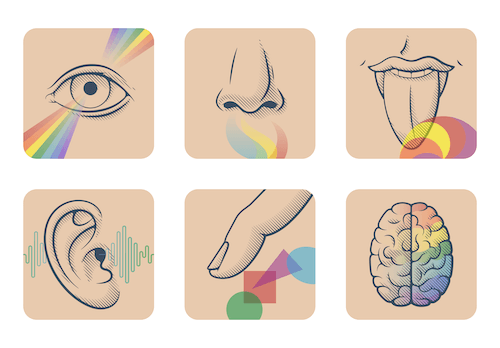 1. Think of the most deafening sound you can imagine. Describe it in great detail, and have your character hear it for the first time at the start of a story.

2. Have a man cooking for a woman on a third date, and have her describe the aromas in such loving and extended detail that she realizes that she’s in love with him.

3. Pick a line from one of your favorite songs, and identify the main emotion. Now write a character who is feeling that emotion and hears the song. Try to describe the type of music in such a beautiful way that you will make the reader yearn to hear the song as well.

4. Have a character dine at a blind restaurant, a restaurant in pitch blackness where all the servers are blind, and describe for a full paragraph how the tablecloth, their clothing, and the hand of their dining partner feels different in the darkness.

5. Select a dish representative of a national cuisine, and have a character describe it in such detail that the reader salivates and the personality of the character is revealed. 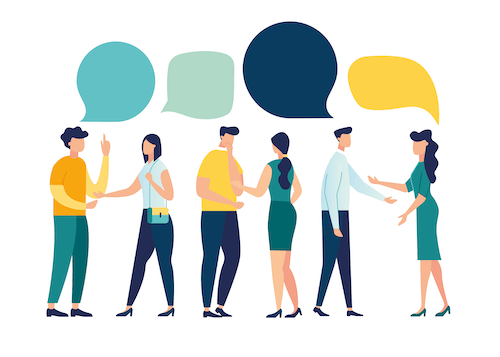 6. Write a story entirely in dialogue, having one side of the conversation unspoken [redacted]. Make sure the reader can guess at what the redacted parts are by what the other character says.

7. Describe two characters having a wordless conversation, communicating only through gestures. Try to see how long you can keep the conversation going without any words spoken, but end it with one of them saying a single word, and the other one repeating the same word.

8. In a public place from the last vacation you took, have two characters arguing, but make it clear by the end of the argument that they’re not arguing about what they’re really upset about.

9. Write a scene composed mostly of dialogue with a child talking to a stranger. Your mission is to show the child as heartbreakingly cute. At the same time, avoid sentimentality.

10. Have two character have a conversation with only a single word, creating emphasis and context so that the word communicates different things each time it is spoken. The prime example of this is in the television show “The Wire,” where Jimmy and Bunk investigate a crime scene repeating only a single expletive. 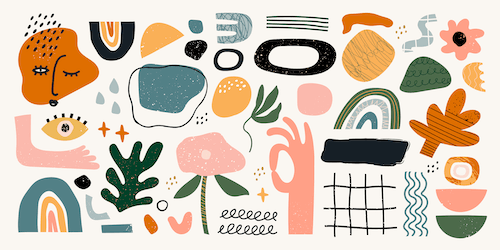 11. Pick an object that is ugly, and create a character who finds it very beautiful. Have the character describe the object in a way that convinces the reader of its beauty. Now write a second version where you convince the reader (through describing the object alone) that the character is mentally unstable.

12. Write down five emotions on slips of paper and slip them into a hat. Now go outside and find a tree. Draw one emotion from the hat, and try to describe that tree from the perspective of a character feeling that emotion. (Don’t mention the emotion in your writing — try to describe the tree so the reader could guess the emotion).

13. Describe a character’s bedroom in such a way that it tells us about a person’s greatest fears and hopes.

14. Root through your desk drawer until you find a strange object, an object that would probably not be in other people’s drawers. Have a character who is devastated to find this object, and tell the story of why this object devastates them.

15. Go to an art-based Pinterest page and find your favorite piece of art. Now imagine a living room inspired by that flavor of artwork, and show the room after a husband and wife have had the worst fight of their marriage.

16. Pick a simple object like a vase, a broom, or a light bulb, and write a scene that makes the reader cry when they see the object. 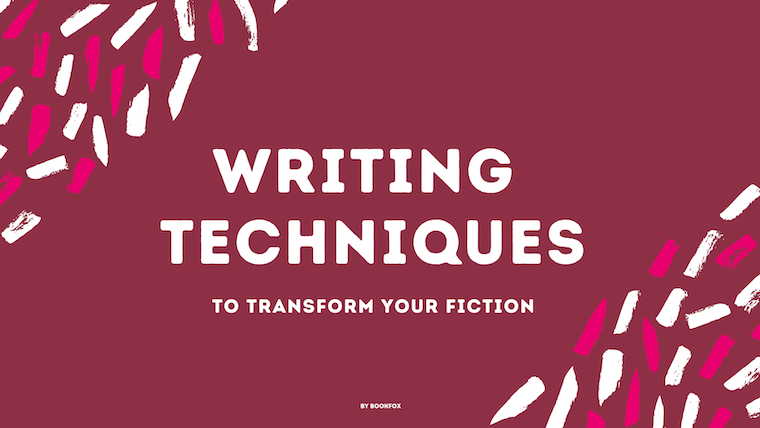 Ready to invest in your writing?

Sign up for my writing course “Writing Techniques to Transform Your Fiction.”

Learn more by clicking the image or link above. 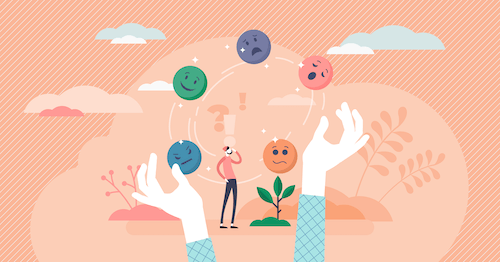 17. Make a list of the top five fears in your life. Write a character who is forced to confront one of those fears.

18. Write an entire page describing the exact emotions when you learned of a happy or calamitous event in your life. Now try to condense that page into a single searing sentence.

19. Think about a time in your life when you felt shame. Now write a character in a similar situation, trying to make it even more shameful.

20. Write a paragraph with a character struggle with two conflicting emotions simultaneously. For example, a character who learns of his father’s death and feels both satisfaction and pain.

21. Write a paragraph where a character starts in one emotional register, and through a process of thought, completely evolves into a different emotion. 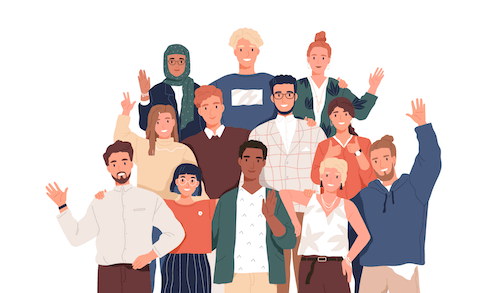 22. Create a minor character based upon someone you dislike. Now have your main character encounter them and feel sympathy and empathy for them despite their faults.

24. Write about a character who does something they swore they would never do.

25. Have a character who has memorized something (the names of positions in the Kama Sutra, the entire book of Revelations) recite it while doing something completely at odds with what they’re reciting. For instance, bench pressing while reciting the emperors in a Chinese dynasty.

26. Write a paragraph where a character does a simple action, like turning on a light switch, and make the reader marvel at how strange and odd it truly is.

27. Have a couple fight while playing a board game. Have the fight be about something related to the board game: fighting about money, have them play monopoly. Fighting about politics, let them play chess.

28. Write about two characters angry at each other, but have both of them pretend the problems don’t exist. Instead, have them fight passive-aggressively, through small, snide comments.

29. Describe a character walking across an expanse field or lot and describe how he walks. The reader should perfectly understand his personality simply by the way you describe his walk.

30. Write a first-person POV of a character under the influence of alcohol or drugs, and try to make the prose as woozy and tipsy as the character.

31. Describe the first time that a character realizes he is not as smart as he thought.

32. Describe an hour in the life of a character who has recently lost their ability to do what they love most (a pianist who has severe arthritis; a runner who became a quadriplegic).

33. Write an argument where a husband or wife complains of a physical ailment, but their spouse refuses to believe it’s real.

35. Describe a small personality trait about a person you love, and make the reader love them, too.

36. Write a personality-revealing scene with a character inside a public restroom. Do they press a thumb against the mirror to leave a subtle mark? Do they write a plea for help on the inside of the stall door? Do they brag about the size of what they’ve just dumped off?

37. Give your character an extremely unusual response to a national tragedy like a terrorist attack or natural disaster. Maybe have them be aware their response is unusual, and try to cloak it from others, or have them be completely unaware and display it without any self-consciousness.

39. Think of an illness someone you love has suffered from. How does your character respond when someone close to them has this illness?

40. Have your main character invent an extremely offensive idea for a book, and show their personality faults through discussing it with others.

41. Have your character write down a list considering how to respond to their stalker.

42. Write a scene where a man hits on a woman, and although the woman acts repulsed and begs her friends to get him away from her, it becomes apparent that she likes the attention.

43. Write about a 20-something confronting his parents over their disapproval of his lifestyle.

44. Have your character write a funny to-do list about the steps to get a boyfriend or girlfriend.

45. Have a risk-adverse character stuck in a hostage situation with a risk-happy character.

46. For the next week, watch strangers carefully and take notes in your phone about any peculiar gestures or body language. Combine the three most interesting ones to describe a character as she goes grocery shopping.

47. Buy a package of the pills that expand into foam animals, and put a random one in a glass of warm water. Whatever it turns out to be, have that animal surprise your main character in a scene.

48. Have your character faced with a decision witness a rare, awe-inspiring event, and describe how it helps them make their decision.

49. Imagine if your character met for the first time his or her long-lost identical twin. What personality traits would they share and which ones would have changed because of their unique experiences?

50. If a character got burned by a hot pan, what type of strange reaction would they have that would reveal what they value most?