How to Generate Unique Concepts for your Book 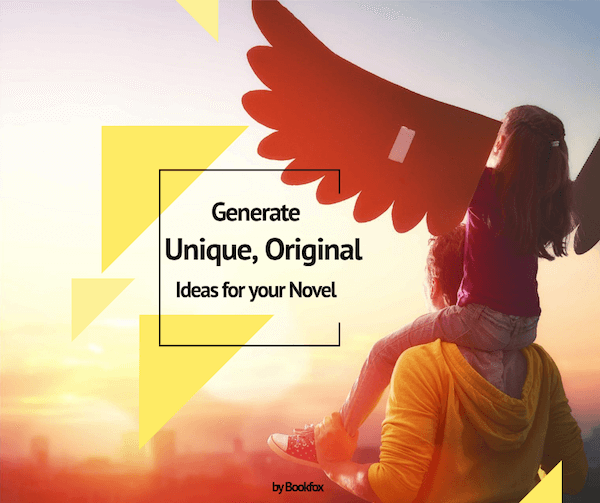 What makes or breaks your novel is what exists before you write your first word: your central concept.

The concept is so important. And yet it’s something that’s usually neglected when talking about writing craft.

That’s because it’s much easier to talk about sentences, or plot, or characterization, or beginnings — or really anything else. Those are easy to judge, and easy to teach.

But in my role as a freelance editor, I have the chance to read so many books, books that are not yet published, and what often separates the chaff from the wheat is a striking, original concept. It doesn’t matter how good the writing is or the plot is — if it’s something I feel like I’ve heard many times before, I’m guessing that they’re going to have a hard time landing an agent, publisher, or finding readers.

Another way to say it is that the quickest way to sink your book is to have a concept that doesn’t stand apart from others in your genre, or even feels derivative.

Call me ambitious, but I’m going to try.

Here are 3 ways to come up with better concepts for your novels.

Most people limit themselves by not regularly practicing idea generation. In other words, they’re picking from a very small pool of ideas, the ideas they randomly strolled into. This is like trying to be an athlete by exercising only when the mood strikes you.

Here’s an assignment: You should regularly sit down and try to come up with 50 different ideas for a book. Don’t get up until you’ve reached 50.

Think of it like a boot camp for your creativity. This is a workout you should do monthly.

But not all great ideas happen while attempting to think of great ideas. Many great ideas happen in the thick of life: while walking, while reading, while having sex (sorry, significant other!). That means you need to shape a life with empty spaces. Spaces where you don’t numb your brain with social media or television or alcohol. Spaces that let your mind wander to the stars and back, because that is the fuel that allows creativity to flourish.

Lastly, keep a file with all your great ideas. I myself have a Word file called “Novel Ideas,” and I have quite a number I’ve stockpiled, more than I can ever hope to write in a lifetime. And that’s how it should be.

Make Yourself a Better Judge

How do you know if something’s original? There is no easy technique for gaining the ability to judge originality, it just takes an enormous amount of hard work. But you can transform yourself into a good judge of the original. You just have to absorb the summaries of thousands of stories. That’s really the only route. Constant, wide, and thorough exposure to the type of book you’re writing.

But you never need pure originality. That’s dangerous, and difficult for readers to relate to. All you need is a concept that sounds familiar with a twist, some element that is unique or new. You mix two genres — detective and romance — or you add an unusual character (someone who has no legs into a sports narrative).

The most boring, cliche idea in the world sounds incredible to someone who’s never heard of it before. So become the person who has heard of everything before, and you’ll be able to spot the original among all the counterfeits.