The Silence of Gunter Grass 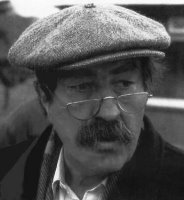 The New York Sun published a two-part open letter to Gunter Grass in response to his recent admission that he was a part of the Waffen SS during World War II. The open letter is heartwrenching; never have I read a letter so full of choken tears and resentment. Daniel Johnson, the author of the letter, takes Grass to task for his hypocrisy over these last 60 years, as Grass has maintained an anti-Western attitude, an anti-Israeli attitude, and remained a public intellectual figure while never admitting his role in the Nazi regime.

Grass’ silence, certainly, is reprehensible. But I certainly understand it. I can fully understand why he has kept silent. As he says, shame has been responsible. Less clear, however, is why he chose to reveal it at this time. Or, perhaps, this is too clear – he wishes to maximize sales of his new memoir.

I do take issue with the way people have condemned him: they look back at the atrocities of WW II, which has become less a historical event than a metonymn for evil, and unilaterally condemn anyone even tangentially connected with that evil. I think that is the wrong approach. In judging others, you must look at it from an existential perspective: Gunter Grass, at that time a seventeen year old, full of the propoganda of the Nazi party, wished to defend his country, and was probably unaware of the scope of the holocaust (if not its existence). A wicked decision, yes; but could we, in that place and at that time, and at such a tender age, chosen differently?

It gives me even more sympathy for him as I read The Tin Drum. In what sense is Grass the dwarf/child Oscar, pounding away on his drum as the atrocities go on? And how badly must his secret have been burning within him all these years, as he pens character after character with secrets of their own?