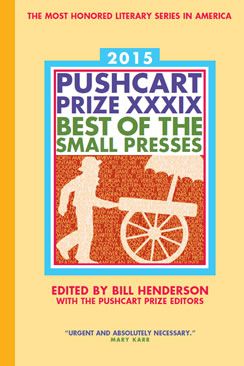 You’re like people who brag about getting on the longlist for the Frank O’Connor International Short Story Award. Guess what? Everyone who submits a book gets on the longlist! It’s all-inclusive. You only look good to people who don’t have the slightest clue how the prize works. To anyone in the industry, you look like a wannabe douchebag.

Yeah, yeah, we know, you have to get promoted and most people in your department don’t have a clue what the Pushcart prize is; you need to appear important in your bio so people will fete you and buy your book and not think you’re wasting your life pecking at a keyboard.

But to people who know what a Pushcart Nomination means, it looks desperate. Especially when you don’t list what journal gave you the nomination. Because we know it’s not Tin House, it’s more like Podunk journal run by an MFA fail from his parent’s basement in Arkansas.

Caveat: “Special Mention” people, I’m not talking to you. Mad props to you. Because you made it to the shortlist, that top 100 action in the back of the anthology. That actually means you beat out a mess of people, so keep listing that. Special Mention is way different than Nominated and don’t let anyone tell you different.

And to the haters who diss me because they think I’m jealous because I haven’t won a Pushcart prize nomination, you’re wrong. I have. I just don’t brag about it or put it in my resume/CV because it doesn’t matter unless I win.

Just because we live in a culture that tries to have as many prizes as we have publications, because we believe in high self esteem and rewarding everyone who tries, that doesn’t mean you have free rein to artificially exalt yourself. No.

A Writer Respecting the Pushcart Prize

I wrote this in 2011 but it seems to have legs, since people keep on coming and commenting. Let me clarify: I’m not trying to be mean.

I think the Pushcart Prize is actually fantastic and they do wonderful work and I’m glad so many people are proud of their nominations, but please don’t put it on a cover letter.

What should you put in your cover letter? Where you’ve published your fiction/poetry/nonfiction, what degrees you have, where you’ve written about books, writing retreats you’ve been to, any awards you have won or been a finalist for rather than been nominated for.]