Deborah Eisenberg Teaches Us to Use Adverbs Wickedly Well 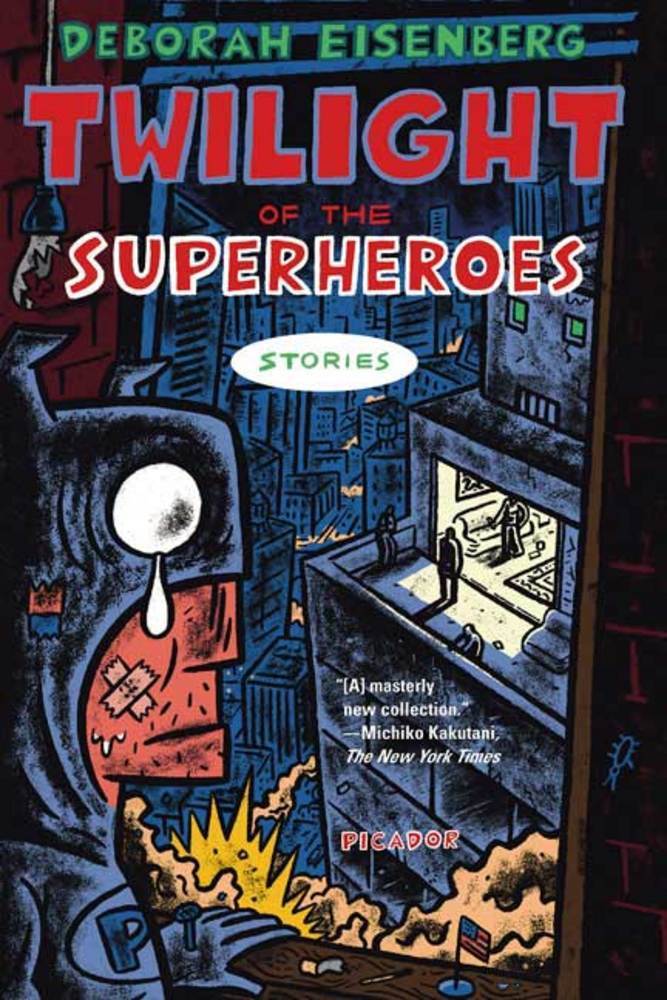 Many writers have a longstanding embargo against adverbs. Too often this is analogous to the U.S./Cuba embargo: originally made for some worthwhile purpose, but as the years pass, that purpose seems less and less meaningful and more and more antiquated.

Mark Twain called the overabundance of adverbs an “adverb plague”: “I am dead to adverbs; they cannot excite me … There are subtleties which I cannot master at all — they confuse me, they mean absolutely nothing to me — and this adverb plague is one of them.” Strunk and White prioritizes nouns and verbs over adjectives and adverbs. Stephen King in On Writing is less diplomatic: “the road to hell is paved with adverbs.”

But in reading Deborah Eisenberg’s “Twilight of the Superheroes,” I was struck by the plenitude of adverbs in her prose. They cropped up on the street corners of enough sentences that I was forced to start writing them down, the better to examine them. Here’s a list of my favorites.

I love the adaptation of thuggish into an adverb. And its pairing with perfume is positively oxymoronic. By adding that modifier to perfume, the perfume becomes the metonym for its owner — we know that the true thug must be the “she” in this sentence.

Here we have another example of a contradictory pairing — things that are austere are never, as a rule, delicious. This pairing of contradictory elements is consistent with Eisenberg’s other language usage — in another part of the book she describes a moon as “cold, sizzling,” the contradictory adjectives mashed up right against each other to provide maximum friction.

For starters, acknowledge this is a beautiful sentence. Next, the adverb is an unusual one: hurtling clumsily? But it’s a brilliant phrase because the wind rarely sounds neat, and like any great description, it modifies how I perceive the world. 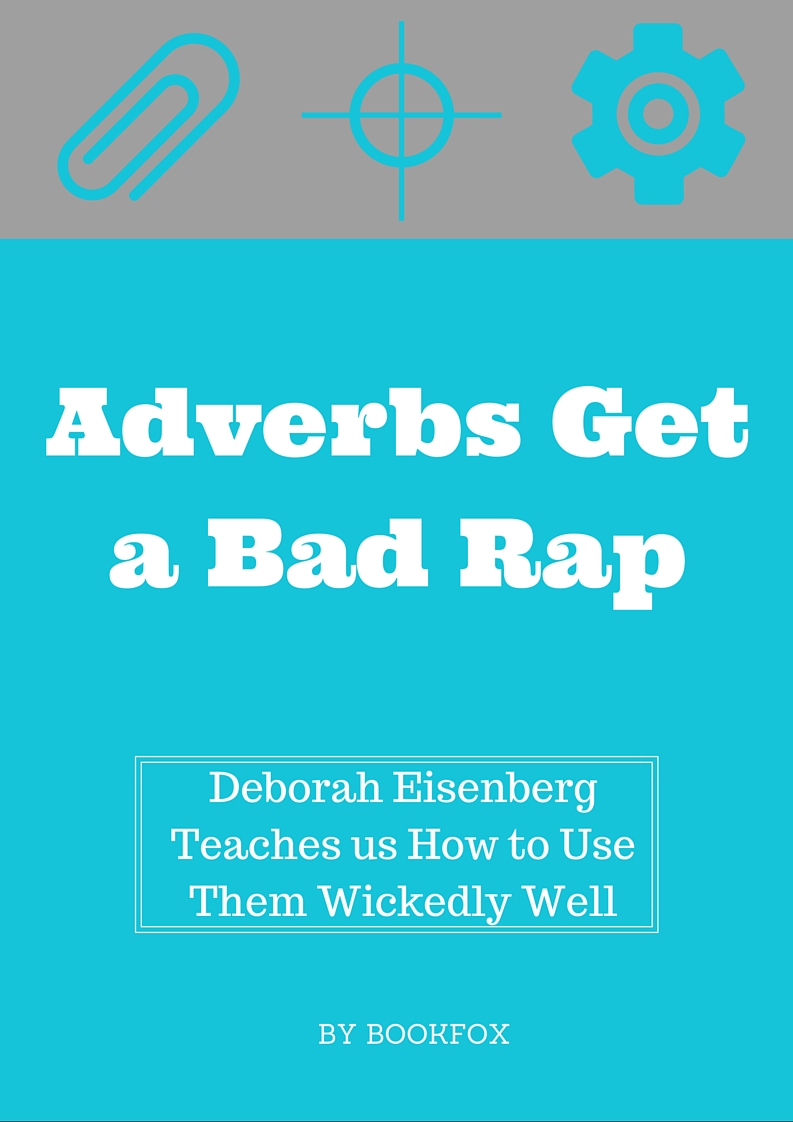 Think of alternative adverbs. She peered inquisitively. She peered questioningly. She peered admiringly. So many possibilities have the dull ring of cliche. But scientifically conveys both a dispassionate, clinical approach and also a genuine interest and focus upon the person.

So Eisenberg avoids the typical charges leveled at adverb users by choosing highly unusual adverbs, ones that surprise the reader. Unlike so many other adverbs, they are not words that could be inferred by the surrounding dialogue (she spoke “lightly,” etc.), but they carry their own weight and add to the sentence.

Just in case you think I’m making up the frequency with which these appear, here are a few more examples:

Okay, but Einsenberg goes one step beyond this adverb playfulness. She also practices the double barrel approach, where she will use two adverbs connected by a conjunction or close together in a sentence. Once again, I find this type of frequency of adverbs in literary writers extremely rare, especially in the minimalist era post Raymond Carver.

Assaultively scenic! Such a description could only come from the consciousness of the narrator, a curmudgeonly old gay man who is a bit of a misanthrope. Only he would consider the aesthetic quality of being “scenic” a type of assault on him. And demographically uniform perfectly describes the homogeneous nature of little towns.

In each one of these, the second adverb isn’t piled onto the first, doing the same or similar work, but adds a layer of complexity. Knowingly is very different from scornfully. Absently AND fiercely is quite a strange combination, and shows the depth and complexity of the character’s emotions.

Lastly, Eisenberg uses the placement of her adverb to affect the meaning.

Most people would use “leisurely” to modify chatting. It’s wonderful to make the beer itself leisurely, as if the beer has become the substitute for the people.

With the adverb coming later, almost as an afterthought, Eisenberg allows us to realize the character of the examination as the protagonist does, letting us first see the examination before figuring out the character. And because the protagonist has a hard time coming up with the right word — the exact right word — it shows that both that this is a difficult examination to characterize and also that she has finally succeeded in pinning down its true nature.

Also, the structure of the sentence’s punctuation, with the adverb coming right after the long break of the em dash and before the comma, means that the adverb is placed at a seat of prominence — it is the most important term in the whole stretch, a kind of one-word watershed cleaving the two halves of the sentence.

If this post has convinced you of the viability of loads of adverbs in literary fiction, wonderful. If not, that’s fine — but you should still read “Twilight of the Superheroes.” Not only is Eisenberg a master prose stylist, she also is one of the best short story authors currently at work.