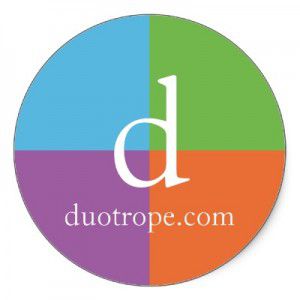 Cheap, neurotic writers throughout the globe took to the streets on Friday night to protest austerity measures at Duotrope, the website that catalogues fiction markets.

Spurred by the news that Duotrope was going to wall off its fiction listings to paid subscribers only, writers protested in the way that only writers can — a few acolytes of Hunter Thompson stabbed cars and threw cats through storefront windows, but most drank lattes in cafes while whinging on Twitter and Facebook like pansies.

“I don’t know how to satisfy my curiosity now on Saturday nights when I’m home by myself,” said Ditchweed Brekevich, one of the writers protesting the move to paid subscriptions. “How will I possibly estimate whether Famous Journal will reject me this week or the next?”

Breelove Yolanda insisted that her entire system of recording rejections would now be rendered obsolete. “I never learned how to use an Excel spreadsheet,” she said. “I’ll never again be able to record my acceptances and rejections. This will doom my career.”

The cost of $5 per month or $50 a year was seen as too high by many writers. The average annual subscription cost suggested to this intrepid reporter was $1.37. Most arrived at the number by calculating the amount of money they made writing for that one content farm that promised to be super lucrative. Several writers suggested they might send fictiongrams to the Duotrope editor in lieu of cash payments, and that these fictiongrams, mostly flash-length with quasi-tough prose and subtle endings, might buoy his spirits enough to survive another year on Top Ramen.

Caulweld Brisanthamy, who was slightly intoxicated on PBR at the time of his interview, raved about what would be lost. “It’s about community, man. We all got to see the names of who got acceptances at the end of that newsletter. That really bonded writers together, man. And on the site I got to see the average rejection time, and the median rejection time, and whatever the fuck is the standard deviation — did anyone ever care about the standard deviation? Like, did anyone ever say, ‘Oh, fuck, the standard deviation is way off on this journal, I’m never getting my fucking story rejected’? — and I got to see how many lucky writers got personal rejections, even though I think most of them were fucking liars and got standard fucking forms. I got to study all those numbers with my writer friends who weren’t really that great at math, and got to make wild conjunctions — conjectures! — about how long before we got rejected.”

Many writers who donated to Duotrope over its long history complained that they considered their money wasted. Biggy Chulupa insisted he gave them money in 2007, and that this money was sufficient to ensure operating costs for at least a decade. When pressed for a specific dollar amount, Chulupa waffled at first, but finally admitted that his donation was in the high single digits.

Areas with high concentrations of writers, like Brooklyn (specifically Park Slope), have announced State of Emergencies and called upon the Federal Government to send in the National Guard to help deal with the hordes of writers wandering around aimlessly holding signs with incredibly clever slogans. Professional observers of protest signs noted that they have never before seen so many complex tropes and obnoxious alliterations.

Paulieta Knashburger, an editor at Leaky Basement Journal, suggested that Duotrope, which many literary insiders consider too big to fail, could apply for a bailout: “Perhaps if the federal government gave a mere $5-10 billion dollars, this valuable free service could be preserved for future generations of scribes.”

The sociologist Max Heberjinx predicted an upside to the paid subscription plan. “Not to make a vast generalization, but every single writer in the entire world is a massive clusterfuck of anxiety. The nerves of most writers are tight enough to be plucked like harp strings. This anxiety is only fueled when writers have access to free services that offer information on expected rejection times. Writers develop Click Addiction, a mental illness recently added to the DSM-5. Perhaps, by which I mean this absolutely will occur, the overall neuroses of writers will lower if they just concentrate more on writing kick-ass prose and concentrate less on combing through databases for possible markets.”

Hopefully this Duotrope disaster can be averted. But if not, dear writers, hold onto your laptops and expectations.

Signing off until next time, I am your faithful literary reporter,