The History of Punctuation Signs (Infographic) 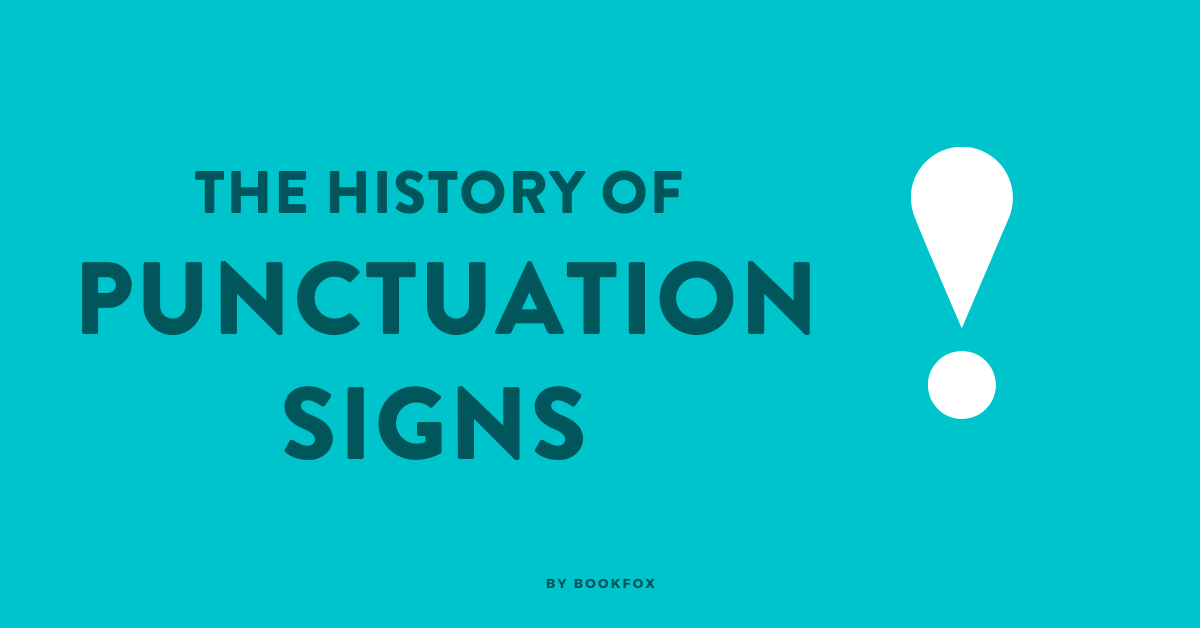 What is the history of punctuation signs?

Would you believe me if I told you that there was a time with advanced language but without punctuation?

And that the history of punctuation signs involved a lot of fighting, backstabbing, and theft?

And that the way we punctuate now, with rules that we consider as irreproachable as the 10 commandments, has a pedigree shorter than the list of ingredients on a Cheerio box?

The infographic below is the history of English punctuation, all the back to the Greeks and the Romans, and on to the contentious Medieval ages. It also questions where punctuation will go from here. What is the future of punctuation? Emojis? New punctuation symbols?

Two sources that educated me and would be great reading for you:

Director’s Commentary on the Infographic:

Amusingly enough, it was Aristophanes who created the first punctuation marks. Yes, that Aristophanes. The humorist that wrote The Birds and The Clouds and The Frogs and other two-word titles and which included a blizzard of fart and poop jokes mixed with a blinding hail of double entendres. Does anyone find it ironic that the master of ancient comedy invented punctuation marks? Perhaps punctuation is one big satire on all us foolish descendants, and somewhere over the Styx the Greeks are yuk-yukking into their hands. It would be like Stephen Colbert creating a system of jump cuts that revolutionized the way we watched television for the next two millennium.

On Isidore of Seville:

On New Trends in Punctuation Which are Actually Old Trends:

We often think about writers like Jose Saramago (comma splices, few periods) and Cormac McCarthy (no commas, only periods) as forging ahead into new, uncharted territory, a kind of experimental writing, but really they are reverting to early interactions with language, which prioritize the oral over the written. This is a good lesson for writers: what seems new is only the latest cycle in a long pharmacy online tradition. If you truly want to be experimental, plunge into antiquity.

My Favorite quotes from M.B. Parkes:

More on how punctuation acts as “lanterns to words.”

Is there anything stable about punctuation?  If punctuation has mutated so much over the last two millennia, can we say that there are any truths? Magnus Aurelius Cassiodorus speaks to that. He was a praetorian prefect in Rome, and despite the overlap in the name, had no connection to Marcus Aurelius of “Meditations” fame. He championed a culture of literacy in the Roman empire, rooting about for rare manuscripts and fighting to preserve them. In a culture that had seen the origin of punctuation in the not too distant past and the widespread adaptation of readers adding in their own punctuation, he offered a judgment of the role of these marks on the page, arguing that they offered “paths of meaning and lanterns to words, as instructive to readers as if they are being instructed by the most lucid commentaries.” [italics mine].

Punctuation is “lanterns to words.” I’ve never heard a better description of punctuation. I imagine a splotchy page, with both meadows of light where the meaning of the text is clear and patches of darkness where the words get tangled up in a briar patch. In the dark patches the author places tiny lanterns that illuminate those words. Voilà. This lantern metaphor might change how we picture punctuation. If we think of punctuation as lanterns, then the punctuation always remains in service to the text, rather than acting as overlord and judging the text via external codes. Lanterns create a hierarchy between the primary source of meaning (words) and the devices used to illuminate it (punctuation).

A literary benediction for all the punctuation lovers, pedants, whores and critics: May your lanterns be placed well and your intuitions be strong. May you write prose worthy of your lanterns. May your words be lit by your genius wit and style of punctuation. May you follow the punctuation rules of this age until you need to break them, and follow the inspiration of ages past as long as it serves you. May you continue to argue about punctuation but only because writing matters so much, and not because you believe you hold divine inspiration about the one and perfect form of punctuation. Peace, talent and godspeed in writing be unto you.

One thought on “The History of Punctuation Signs (Infographic)”