Ranking of Michel Houellebecq Books, from Worst to Best 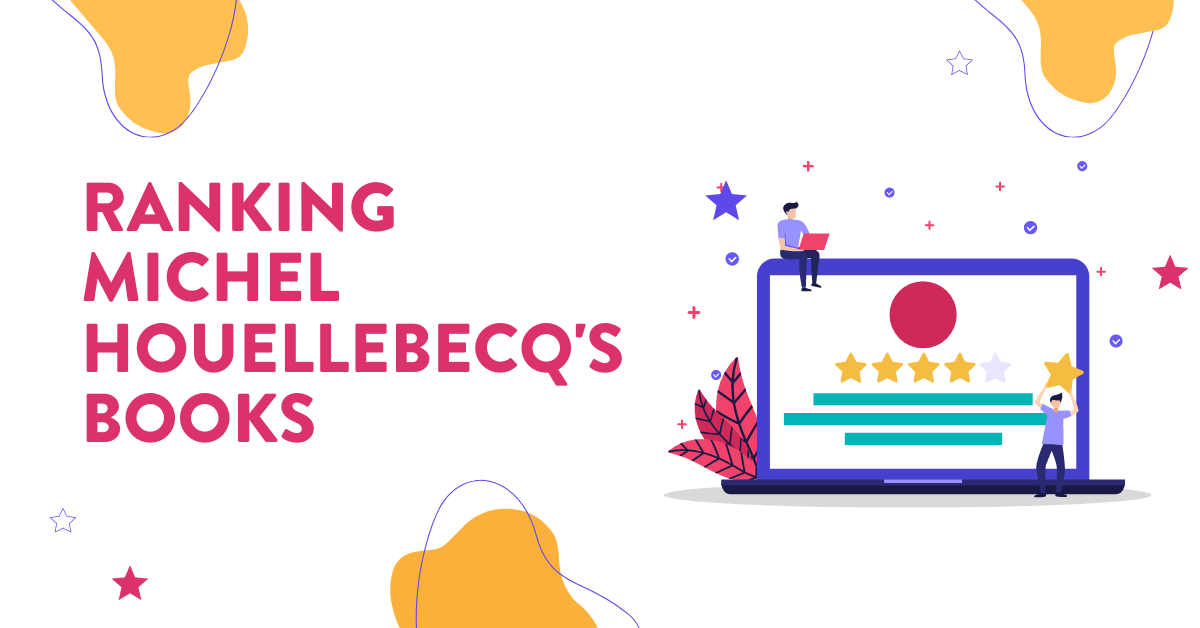 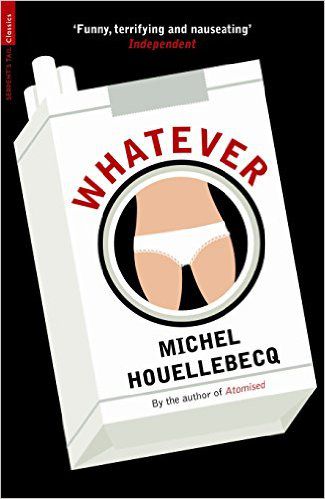 Easily the most forgettable of Michel Houellebecq books. Remember Houellebecq was a philosopher and a poet before he became a novelist, and this early novel was a stepping stone into his new choice of profession.

It has some of the seeds of later Houellebecq — loneliness, sexual frustration, philosophical asides — but lacks the force of ideology and the powerful plots of later works.

It feels like a meditation on capitalistic culture, and a celebration of boredom, but without the strong plot arc required to make a novel work. Even despite all these faults, it won the 1995 Prix Flore for best first novel, which shows you how hungry the French must have been for original voices.

Ultimately, only read Whatever if you’re a diehard Houellebecq completist.

6. H.P. Lovecraft: Against the World, Against Life 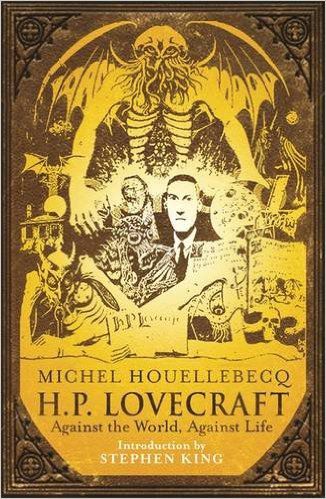 The second part of this title could serve as a summary of most of Michel Houellebecq’s books.

Houellebecq actually calls this criticism of H.P. Lovecraft his first novel, and though it was published in 1991, four years before Whatever, it’s a work of nonfiction. As the only work of nonfiction on this list, it’s actually quite good, although I prefer Houellebecq’s fiction.

It’s unusual that Houellebecq loves Lovecraft, because it seems like the two couldn’t be farther apart: Houellebecq is an enfant terrible of French letters, noted for philosophical musings and sexual escapades, while Lovecraft is the classic horror master (in fact, Stephen King writes the introduction to the book).

What Houellebecq finds in common with Lovecraft is his bigotry, which he explores and documents in great length, almost as a justification for his own wild accusations against women, muslims, and the state of Capitalism. 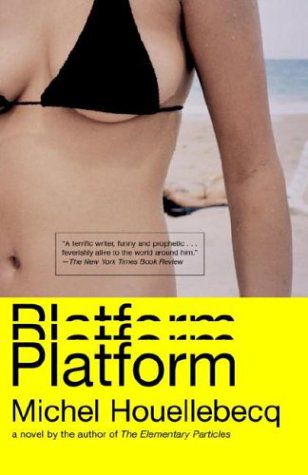 Platform is the most offensive of Michel Houellebecq’s books, mainly because of the anti-Islamic sentiments.

It’s Houellebecq’s second novel, the follow-up to Houellebecq’s most celebrated work, The Elementary Particles, and shares some themes in common with Submission, namely the exploration of Islamic fundamentalism.

Where Submission is provocative by quietly exploring a very real fear (France electing an Islamic president who institutes Sharia law), Platform gratuitously splashes into sexual wish fulfillment (sex tourism) while exploiting fears of terrorist attacks on pro-erotic Westerners. If you’d like a plot summary, here it is: Michel falls in love with Valerie, and they engage in some sex tourism in Thailand before some Muslim extremists violently object to this licentious free-for-all.

The most press Platform received was for the inflammatory statements made against Islam in the book, statements which got Houellebecq called a misanthrope and a bigot. Two examples:

If he’s rightfully condemned for his views on Islam, the truth about his views on sex are more complex. Houellebecq is always mocking himself at the same time he’s celebrating sexual desire — he realizes that the junior-high fantasy of sex with strangers will not make anyone happy, yet he continually forces his characters to chase after the skirts of their dreams. When critics berate him, they often seem to be missing the point — Houellebecq is not condoning the desires and ideas of his characters, but simultaneously criticizing and celebrating them. 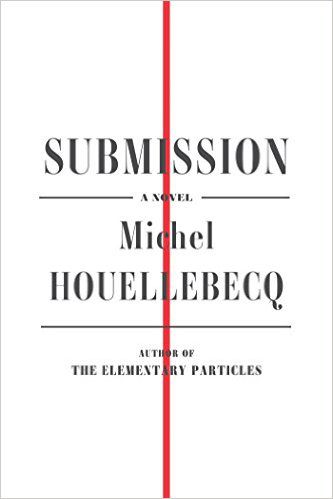 I liked the concept of this book much more than I liked the execution.

It’s the classic “what if?” What if a Islamic president was voted into power in France and instituted Sharia law?

Most of the book is concerned with the procedural — how exactly would a Muslim president win the popular vote? — while I was much more interested in what would happen afterwards. The book ended just as it was getting interesting.

Even though most reviewers complained that this book was anti-Islamic, that wasn’t actually the case. The true target of the book are the milquetoast professors and other French citizens that capitulate so easily so the ridiculous demands of Islamic law. For instance, professors stop resisting the Islamic government once they are gifted two or three wives under the age of eighteen.

This is Houellebecq’s most recent novel, and in some places you can see that he’s toned himself down, even while their are occasional flashes of his rebellious, sparring spirit.

3. The Map and the Territory 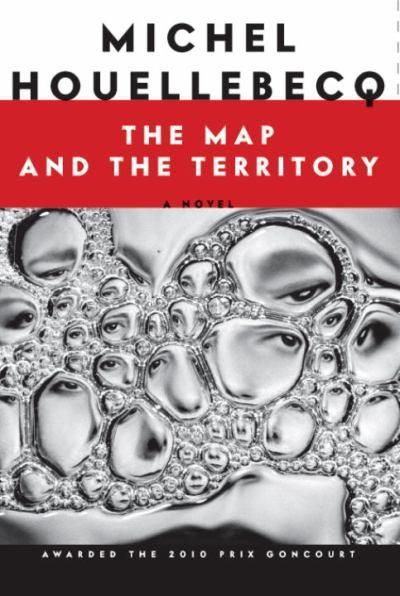 If you’ve heard anything about this book before, it’s probably that he names a character after himself — Michel Houellebecq — and then proceeds to kill him off in an extremely violent manner.

Never let it be said that Houellebecq doesn’t have a sense of humor.

Jed Martin, the protagonist of this book, is a painter struggling to make a living until corporate executives buy his artwork for use in an advertising campaign. The book debates the value of art in a capitalistic economy where money is king and art is only a function of cash.

I think this book is one of his most traditional books, meaning that it’s the one least like his other works. While some critics have complained that his characters in other works are overly simplistic, he dashes all those criticisms here by writing deep, psychologically haunted characters. It’s a great book, just not quintessential Houellebecq.

2. The Possibility of an Island 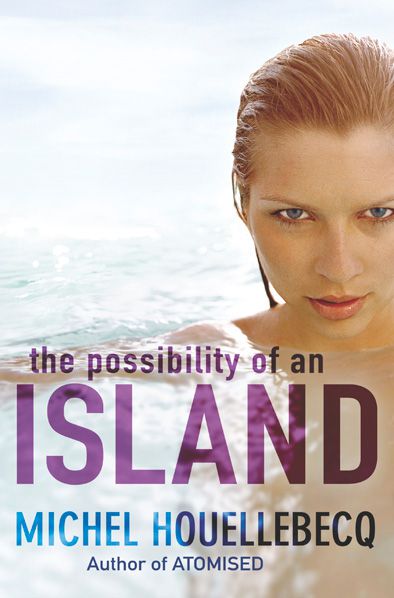 With this novel Houellebecq ventures into the realm of sci-fi.

The novel shares the same ideas as The Elementary Particles, but recasts them from traditional realism into futuristic fantasies.

There are three main characters, all of which are the same character: Daniel, and his two clones. His clones narrate the depressing result of the future, a world ravaged by nuclear war and climate change.

In spite of these miseries, a group of health fanatics create a commune meant to exclude misery and suffering from human existence. Through the power of cloning and this cult, the followers are promised immortality.

Houellebecq does a fantastic job mulling over the nature of existence in a post-apocalyptic world, and quite honestly it’s riveting. 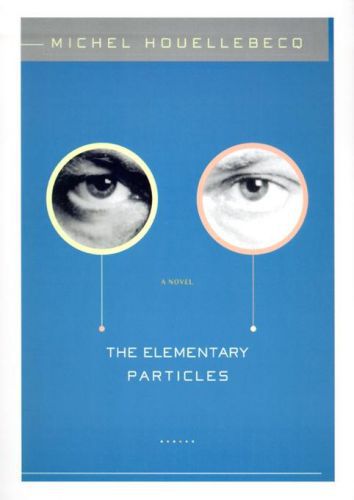 This is my favorite of the entire Michel Houellebecq oeuvre, and I don’t think I’m alone when I claim it’s his best.

In Elementary Particles, Houellebecq mixes meditations on the absurdity of modern life with dry, witty observations on the oxymoronic culture of sex in Western civilization.

It’s about two brothers, Michel and Bruno, and their antithetical stories of desire and sex — Michel is a scientist seeking to eliminate the need for sexual reproduction, and Bruno is chasing after any young women who would be willing to bed him.

Houellebecq manages to say what other authors are too timid to say. He’s one of the ballsiest writers alive. Julian Barnes has called it ”a novel which hunts big game while others settle for shooting rabbit.”

Houellebecq’s hatred for society boils up through every page, as well as his disdain for Victorian sexual codes and the inevitability of aging. The book works as a kind of manifesto against a greedy society, a protest against aging and death, and a complaint about the futility and boredom of life. It’s magnificent.

If you want a place to start with the genius of Houellebecq, start here.