[Writer’s note: I used to have 120 sentences, and a computer error erased them. Please be patient — I will rebuild them again.]

Stuck in a writing rut? Or just want to write something outside your normal genre?

This first line generator provides you with hundreds of first sentences to rev up your imagination. 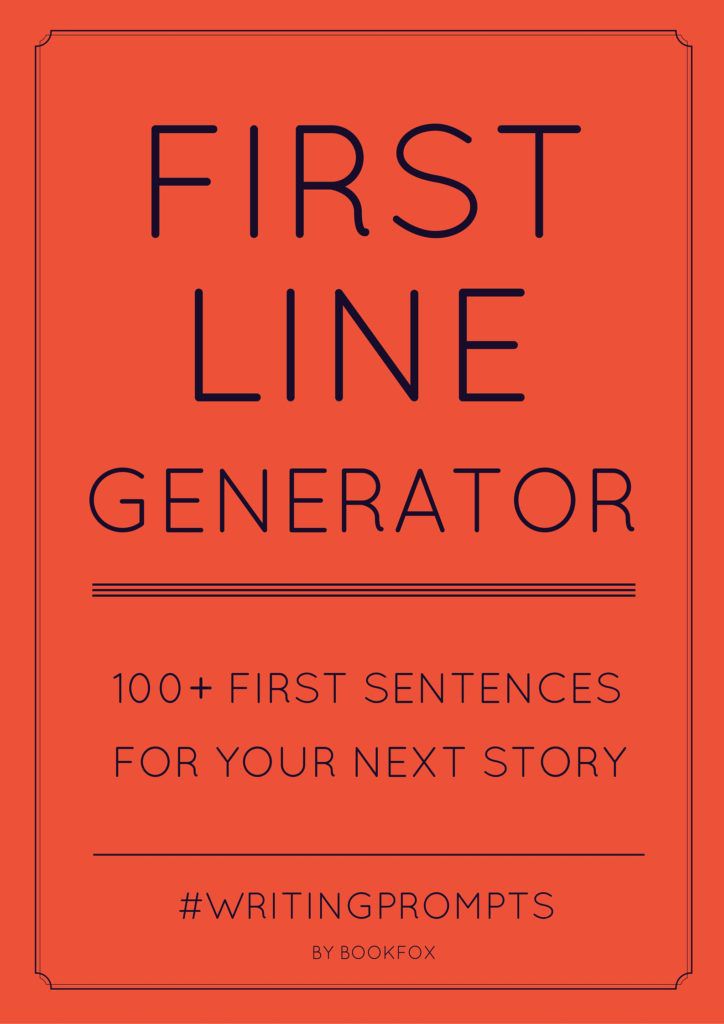 What kind of creative writing prompts are these?

Every single one of these first lines should provide you with the energy to create some amazing stories.

4 Ways to Get the Most out of this First Line Generator:

If you end up writing something from one of these writing prompts, please leave a comment below on which first line gave you the inspiration. And certainly if you end up publishing something based on one of these prompts, let us know in the comment section so we can all congratulate you with some hearty electronic pats on the back.