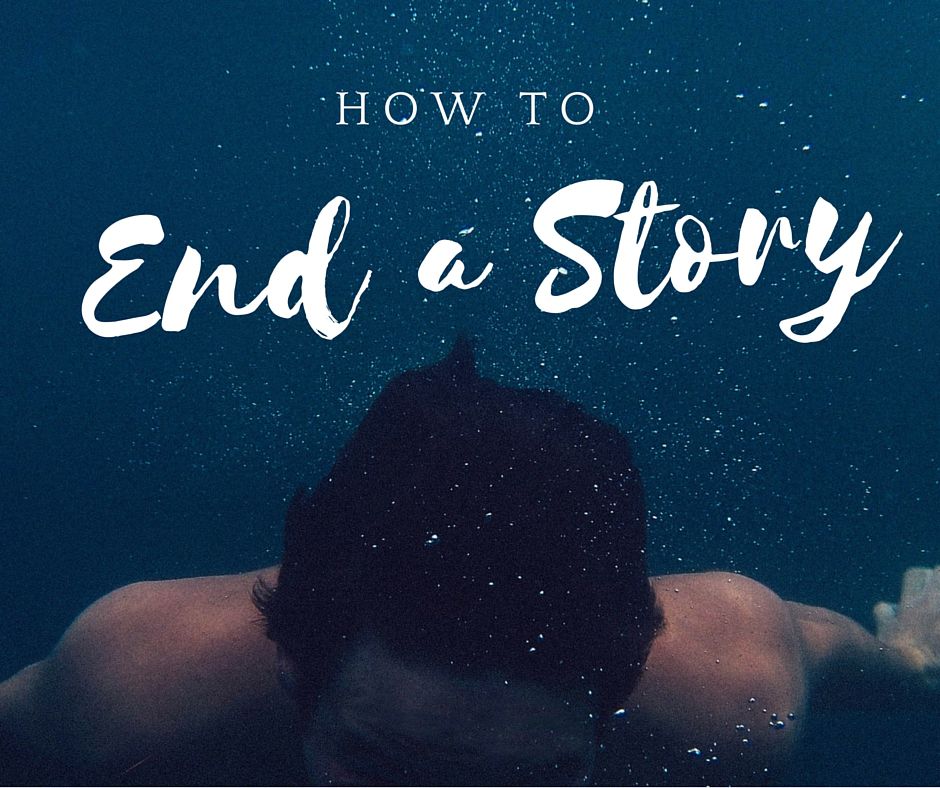 You’ve been dreaming about this moment since the beginning. It’s what you’ve been working towards this whole time, and now you’re finally ready to wrap it all up and create that perfect ending to your story. So how are you going to do it?

Consider this your brainstorming session. Learn from these examples how to end a story, and try to imagine how you would write each of them. Some of them might not work for your story, but at least one will. Try out a couple styles and see what you like! 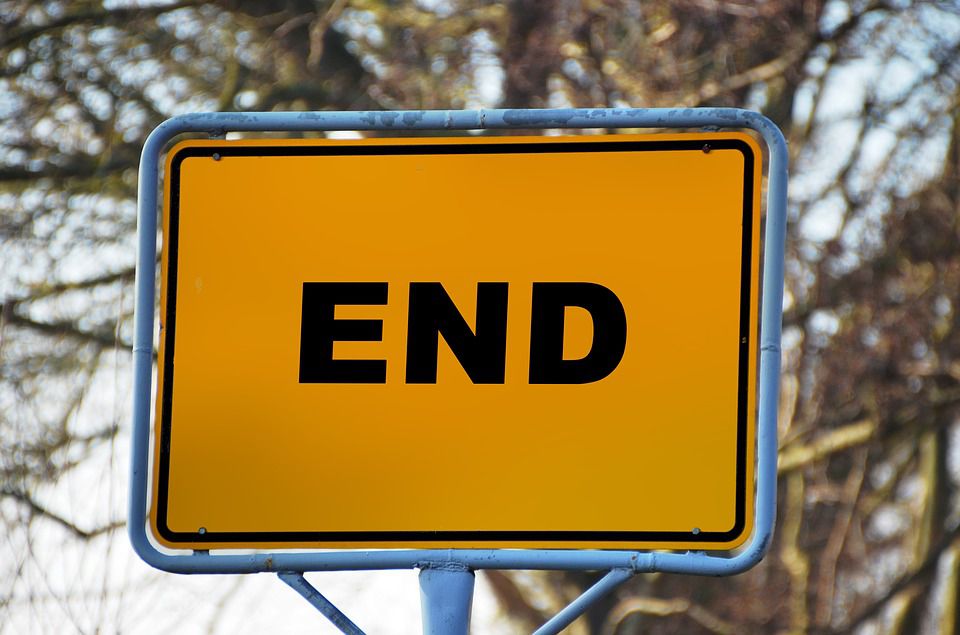 Sometimes called the Explicit or Resolved Ending, this strategy generally wraps up all the loose ends, and kindly tells the reader that the story has come to a close. The reader usually knows the fate of most characters, and leaves the story feeling that the narrative is complete.

Traditionally, this ending appears in longer works, like novels, rather than short stories. There’s also a long history of Classical Endings in mystery novels and children’s books, although that’s certainly not the only place they show up.

By using this type of ending, your reader is more likely to come away from your work feeling warm and satisfied, like their time was well spent. However, depending on how the first 90% of your piece goes, an ending complete with a bow may not be the most artistically sound way of doing it. 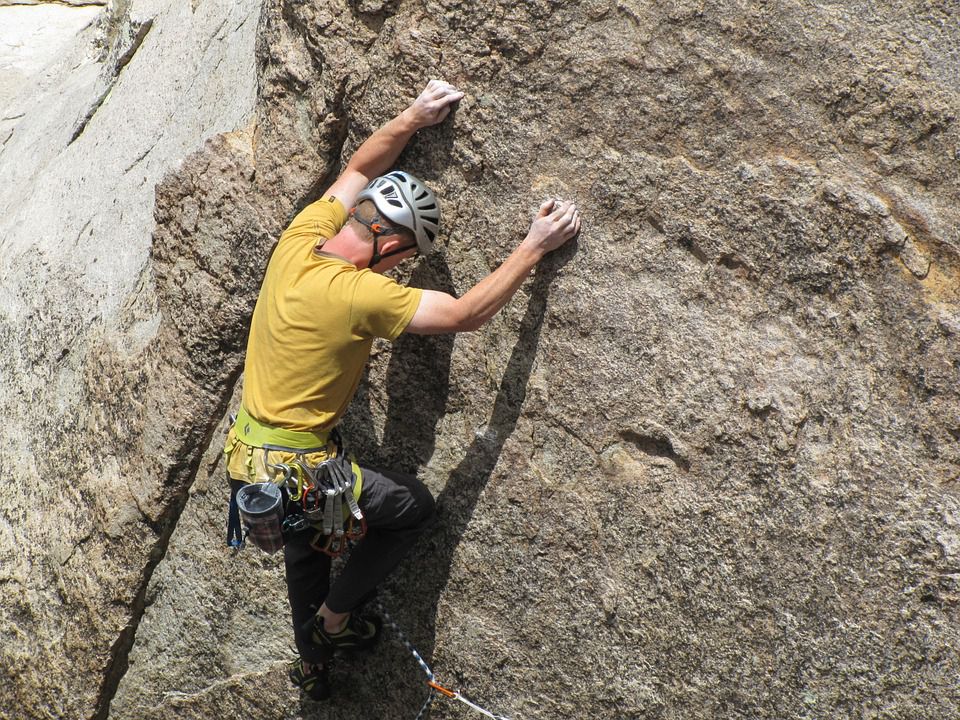 These endings are generally found mid-series. Unlike the Classical Ending, this cliffhanger strategy leaves a handful of key elements still unknown. While they are great at getting your reader to desperately sweat and think about what’s going to happen next, I wouldn’t suggest using one unless you’re coming back to answer a few of those questions later on.

With that in mind, please don’t take your reader’s attention for granted here. They might know that another installment is coming, but that doesn’t mean they’re automatically going to read it. With this ending, your goal is not to completely satisfy the reader, but rather to excite them and encourage them to pick up the next installment. If your ending doesn’t give them a reason to want the next book, then they really aren’t likely to search it out. 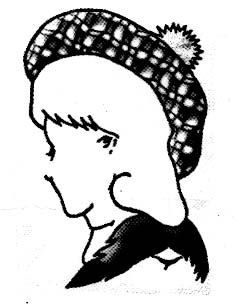 This is the sort of ending that leaves you wondering what the hell you just read. Did you miss a paragraph? Was this intentional or are you just forgetting how to read?

The ending is implied. As the writer, you’re asking the reader to fill in the blanks and decide for themselves what really happened in the end.

Writers often manage it by withholding information and allowing two or more possible explanations to exist in the reader’s mind after the ending is complete. When done right, the reader will be forced to think critically about the narrative and come to their own conclusion. However, you also run the risk of leaving the reader frustrated and unsatisfied.

This form is often seen in shorter, more “literary” fiction, although there is nothing to stop you from using it in a longer work. Bare in mind though, the more time the reader invests in your writing, the more they may want a concrete ending. I leave it to

you to gauge your story accordingly.

Raymond Carver actually manages this very well in his short story, “Fat”. He narrates an interaction between a waitress and a notably fat customer. The customer refers to himself as “we”, references his past, and relates to the waitress’s desire to become fat. After their interaction, the narrator returns home to her boyfriend, whom she doesn’t appear to be happy with. Instead of addressing any of this, Carver instead ends the piece by saying:

“She sits their waiting, her dainty fingers poking her hair.

My life is going to change. I feel it.” 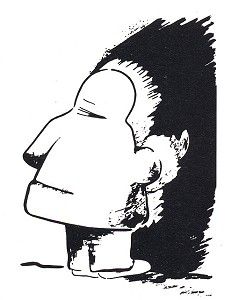 Why does the unnamed fat man call himself “we”? Why does the waitress want to become fat? Was she referring to a pregnancy? Will she leave her boyfriend? Has she realized that she has grown as a person because of her time talking to the fat man? These are questions left up to the reader to decide and puzzle out. This ending works in this story because once you finish, those questions are left buzzing around in your head, nocking things over until you finally make sense of the story. My interpretation might be entirely different that yours, but that’s what makes Carver’s story so great, no one is sure about the truth. All you know is that the ending said something. 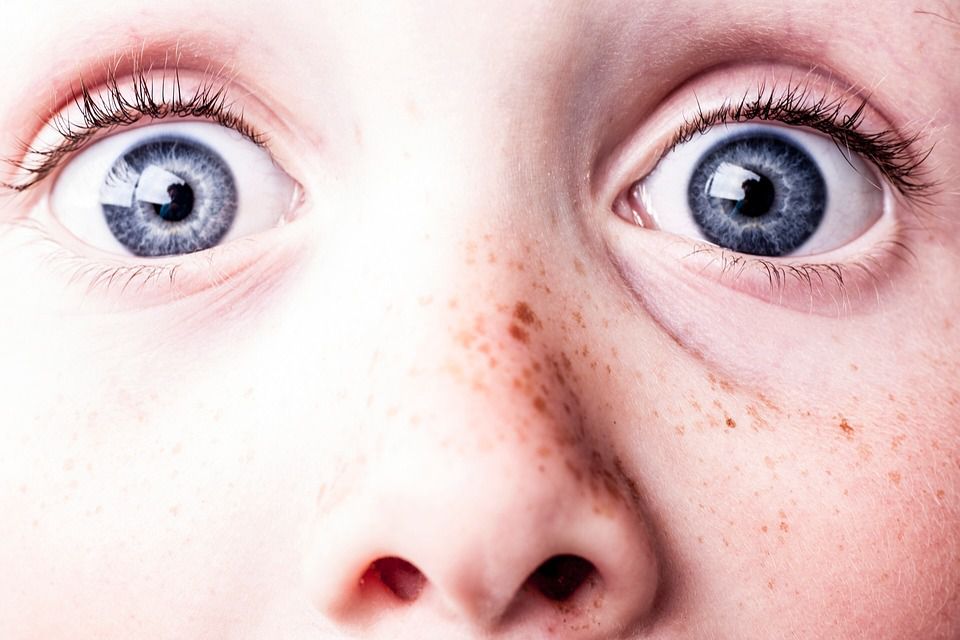 This is what you hope every reader will say when they read this type of ending. Of course, you also hope they will think it’s believable.

This is the ending that you use once you’ve laid the groundwork and guided the reader comfortably and securely to the end of the book, only to toss them off a cliff at the last minute, leaving them startled and hopefully in awe.

The important thing to remember with this ending is that you won’t fool everyone. Even as you lure your reader to one conclusion, you need to be dropping enough hints along the way so your real ending will still make sense. Those hints should go unnoticed by most of your readers the first time round, but you’ll never get all of them. Just make sure that for those that realize, it’s just as good of a ride for them too.

With this ending, the reader already knows that John Smith is bleeding out on the side walk. In fact, they’ve known since the first thirty pages of the book. With the Tie Back method, you intentionally showed your audience part of Mr. Smith’s future, hoping that they would be interested enough to find out how he got there. But now that you’ve reached the end, it’s time for you to revisit that initial scene and give your readers context.

When done correctly, this type of ending/beginning creates a balanced feel for your writing. Although it can sometimes undermine the suspense of the scene, if you’re clever you can still and twists and changes through context. 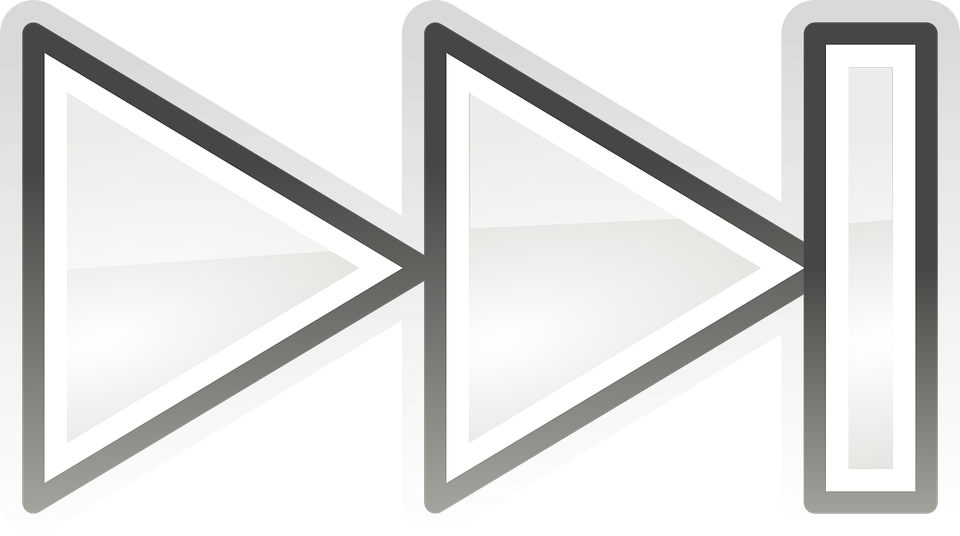 This last type of ending often finds its happy home in Epilogues. With this strategy, the author allows their audience to see what the majority of the characters are up to at some point in the future. It’s usually removed from the main narrative in some way, perhaps showing how the mighty warrior has settled down to quietly farm in a land across the sea. This strategy gives the writer the chance to show how the events of the novel have affected the main character(s) in the long run or how they have recovered.

J.K. Rowling famously used this ending when she showcased her wizard heroes 19 years after Voldemort’s death. Similar to the Classical Ending, this leaves the reader with the sense that the narrative ark is complete in almost every aspect, and that the heroes live happily ever after. While there is some debate among fans regarding just how necessary this section was, it does provide the right amount of closure considering the amount of time and commitment the readers put into the series.

How do I Pick an Ending?

Excellent Question. Here are 3 questions that should help you figure this out. 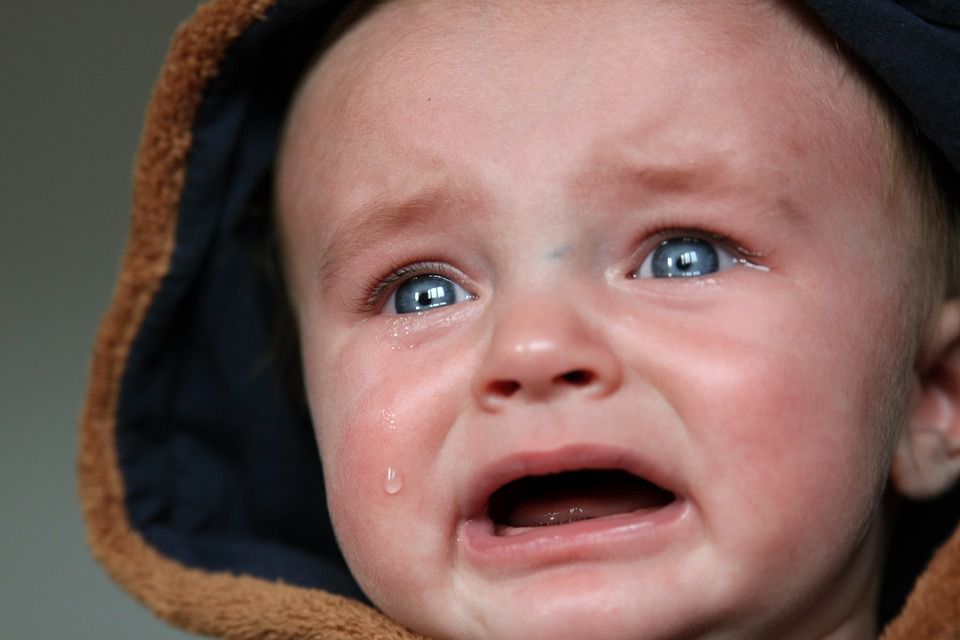 Do you dream of making your reader’s cry? Or are you hoping to leave your audience with a wistful smile? Your answer to this question should really play into which of the templates you draw the most upon.

Just for fun, play around and write a few different endings with different emotional goals in mind. Think about how you would achieve each of them and how well they could each apply to your story. 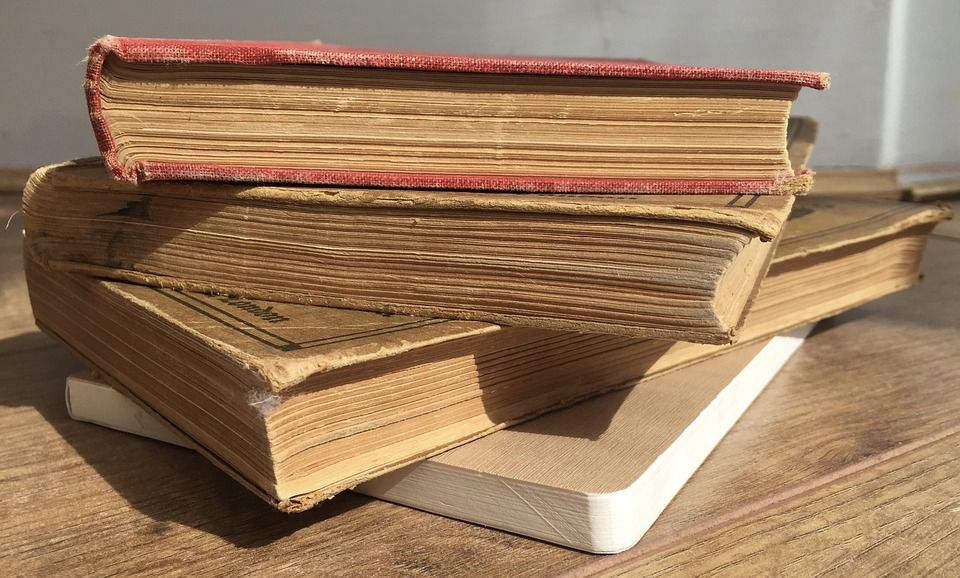 2. Is your book or story a part of a series?

If your answer is no, then congratulations you can probably skip this question and carry on with your previous train of thought. If yes, then which plot lines are you going to wrap up and which ones are you going to leave open? Why? How does that help you later on in your next installment? Do your best to think critically about the artistic choices you’re making and why they work, not only in this novel, but within your whole series.

3. What questions do you want the reader to be asking themselves?

If the reader is going to be having questions regardless of what you do, I figure you may as well encourage the reader to ask the right questions. What sort of things should the reader perfectly understand in you ending? What exactly do you want to make ambiguous? Why? If you’re leaving the reader with questions in their mind after the narrative comes to a close, it needs to be with good reason.

What genre are you writing in? Will you comply with the tropes that come with that genre?

Depending on what you’re writing at the moment, they might just be some pre-existing ending tropes already in existence (think: Romance/lovers kissing at the beach). Brainstorm a few of those tropes and then ask your self if you want to use any in your novel or short story. Do you want to contradict any of these tropes? Why is that? How does it add to your story?

2. Try writing 3 different endings, imagining two of them will be included in the “Director’s Cut” of your novel. After you write all three, give them to a friend who has read the book and ask them which one is their favorite.

3. Pick your 10 favorite novels/short stories and figure out which of the above categories their ending fits inside. Whichever ending your favorite novels do most often, try to write that type of ending for your novel or story.

Final Tips on How to End a Story: