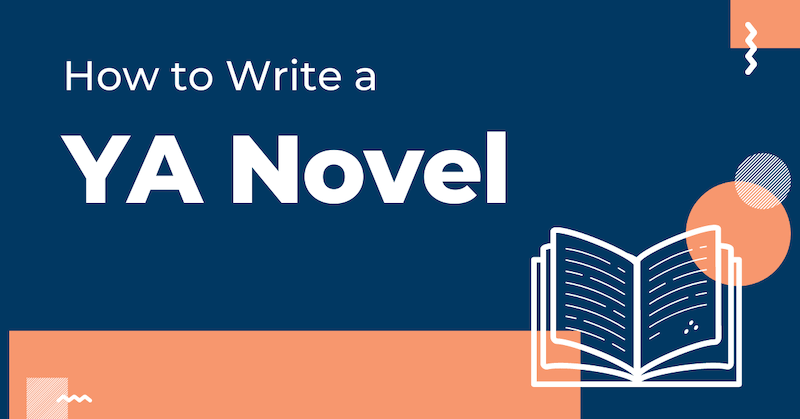 Young Adult novels, or YA, has been spiking in popularity.

According to Publisher’s Weekly, sales of Young Adult novels rose by 18.6% between 2020 and 2021 despite the pandemic.

In addition to being an incredibly fun and innovative genre to write in, YA books can be easier to publish. Once published, they can be more lucrative, especially since YA books have a greater tendency to be optioned for TV and movies (just check out Netflix’s latest lineup).

There are many reasons to venture into writing YA but that doesn’t mean that the genre is simple or that writing a YA book is easy. Genre or subgenre,  audience, and understanding just who (and what) young adults want should all be considered.

Here are the steps you should follow to make sure you are writing the best and most marketable YA book possible.

Step One: 8 Essential Elements of YA 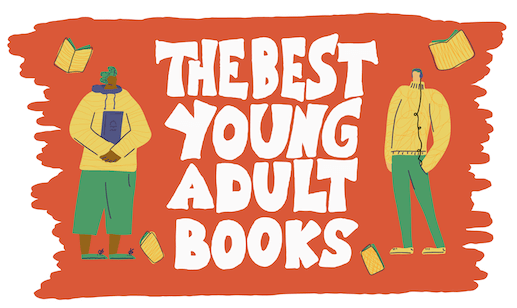 6. Summary Dialogue is Your Friend: 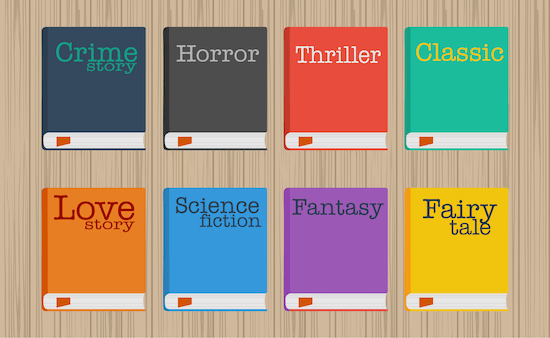 Genres and subgenres have become very important to agents and editors in the last few years. I’ve spoken with many agents recently, and most of them are interested in precisely pinning down a story’s subgenre so it can be used as a marketing tool.

1. Contemporary Real World: Contemporary YA books deal with real-world issues that any modern teenager could face. Take John Green’s The Fault in Our Stars, a love story between two teenagers who are battling cancer. In a contemporary YA story, you will find a pretty overwhelming (but realistic) problem and a coming of age moment that goes hand-in-hand with that problem.

A subgenre of contemporary real world YA is contemporary social justice like The Hate U Give by Angie Thomas. These books are becoming increasingly popular. YA social justice books take issues that we see on the news everyday and humanize them when a reader sees these issues from a teenager’s more vulnerable perspective.

2. Speculative: There are many subgenres under this umbrella, like YA fantasy and YA science fiction. In the case of both genres and all other subgenres of speculative YA,  the teenagers are the same as those you would find in the real world, but the world is different.

When writing something like YA fantasy, you want to showcase how your protagonist straddles the fantasy world and the teen experience. While science fiction meant for adults can get really stuck in technical explanations, this is much less necessary in YA sci-fi.

3. Dystopian: You could definitely file this genre under speculative, but dystopian fiction speaks especially to a YA audience.  Teenagers feel (more so than adults) that they are living in some sort of dystopia. They live in a world where they have little control, where the rules seem arbitrary and they never have any power. From books like the Divergent series that were published relatively recently to YA classics like The Giver, dystopian YA has a loyal base.

4. Historical: Historical YA books explore times in history with a teenage bent. When writing historical YA, examine the history in relatable ways that help draw parallels between the history and the modern world. In Melissa de la Cruz’s Alex and Eliza, Alexander Hamilton’s  marriage to Eliza Schuler is front and center since that is something a teenager can relate to. 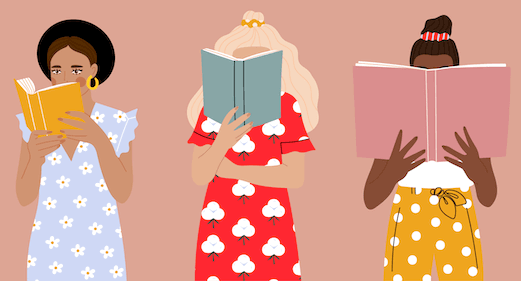 1. Not Just for Kids: As is evident by how popular series like Twilight and Harry Potter were, and the recent popularity of books like The Hate U Give, that teenagers are not the only readers of YA. Still everyone who reads YA is expecting to be transported to that young adult world. Teens are trying to see themselves sin YA characters while adults are communing with the teen experience.  Straddle the line between catering to modern teenagers and writing a book that is timeless enough to withstand the fads.

2. Consider the Lingo: You don’t want to write your dialogue in teenage dialect that no adult (or future teenager) would understand. Still, there are certain mannerisms unique to teens that should be reflected in the way your characters talk. Teens blow-ups at authority figures. They use slang. Just don’t seem like you’re trying too hard.

3. What About that Technobabble?: It’s important to remember how important technology is to teenagers. They are on their phones as often as they are permitted, and they know ways around the internet that many adults couldn’t  fathom. Once I wrote a teenage character in a short story who loved Facebook, only to be told by a few teens that no one their age wants anything to do with Facebook. Stay current when it comes to the role of tech in your teenagers’ lives.

4. ‘But They’re Mature for Their Age’ Only Works Once: When writing your protagonist it’s important to remember that YA writing is not adult writing with teenagers, it’s writing teenagers. Yes, teenager’s can be mature for their age but “they’re mature for their age” can be used way too often to justify writing adults in teenage clothing. And even the most mature teenager acts out or has the kinds of self esteem issues that are specific to the teenage experience.

5. Don’t Let the World of Adults Tempt You: It’s easy to write what you know, or to start highlighting people your own age. It can be tempting to highlight the accomplishments of adults even when you have a teenage protagonist, but try not to succumb to that. It’s a slippery slope from writing a convincingly powerful mother figure to accidentally making her the center of your story.

6. Temper the Hard Stuff: It’s a challenge to consider what kids can and can’t handle when it comes to hot button issues or tough life events. The death of a friend or family member, or something really personal or political, like sexual assault or police brutality need to be handled carefully. There are times when you’ll want to temper a scene, zooming out where a more adult book might ask a reader to sit  inside of an uncomfortable scene. YA readers like that these books touch on tough topics but they also like that they don’t force too much on them. 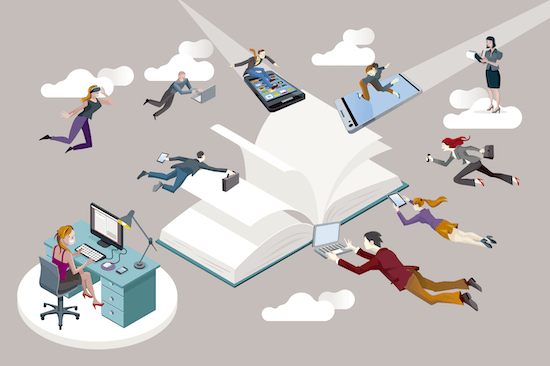 1. Bigger Audience: Agents are looking for books that are going to grab a large audience – fast (here’s a list of 41 YA agents you can submit to). Agents and editors have their eyes on the prize, the next bestseller. There’s much less room to move when it comes to the expectations of sales figures. The publishing word is looking for big mystery, compelling characters and that certain something that is going to translate into sales.

2. They Translate Well onto the Big and Small Screen: The rise of so many streaming services and the countless book to film contracts they’re entered into has perpetuated this. A publisher is going to look at how well a YA novel will translate onto the big screen. They are looking for cinematic settings that will be powerful on screen. Dramatic plot arcs that translate into emotional character development also do well.

3. A Wider Lens: In the last three years YA publishers have opened their lists to many more authors of color, LBGTQ+ and neurodiverse people. They are looking to tell stories about more than one or two kinds of teen.  There is room for more ambiguity when it comes to YA characters.

4. Shorter, Simpler: YA publishers tend to appreciate a short read. YA editors are looking for books around 80,000 words (the average length is 73,000) Much longer and you start to get thrown out of the mix based solely on length.

5. Don’t Pack All Your Research into Your Book: Research is important when you’re writing anything but that doesn’t mean it needs to be quoted outright. While facts and information can help a story, in YA, editors are less interested in getting all the information. Editors want to see that you’ve plunged into your story. They want you to hit the ground running.

6. Have an Eye For the International: YA editors are looking to sell your book – everywhere. Yes, your book can take place in America and your characters can be American, but that doesn’t mean they need to eat hot dogs with every meal or say “like” all the time. Your setting can be of a place, but your characters should be more versatile to appeal to more overseas markets.

7.  Driven by Trends:  YA publishers pay particular attention to trends, especially when it comes to certain genres. One year, vampires might be in and zombies out, and the next year it might switch. That doesn’t mean that YA books care only about trends, but  you need to pay attention to them. Stay on top of trends especially when you’re shopping your book.

8. Publicity: Editors and agents will expect you to work with them when it comes to getting publicity. They are looking for people with a social media presence, Twitter, Instagram, TikTok maybe. That being said, there are many media outlets for YA novels and publishers know this as well. YA focused book bloggers abound and a publisher will know how to help a good YA writer navigate this world.

There is a lot to think about when it comes to writing a YA book. It’s important to understand that just because there are aspects of YA writing that may seem simpler at first glance, getting inside the mind of a teenager can be challenging, and more than anything a YA reader, like an adult reader, wants to feel that they are reading a genuine character.

It’s all about authenticity and believably, which is a hallmark of all good writing. YA writing takes time and effort to master, but it can also be an incredibly rewarding genre in which to write.