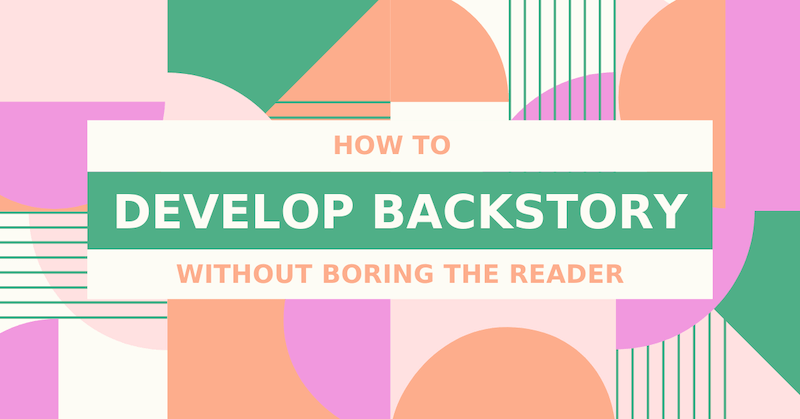 I often find action movies boring because I have the same criticism every time: More backstory.

I want heroes and heroines and villainesses with complicated motives that are tied to experiences from their pasts.

Without backstory, characters become puppets, their actions serving only the advancement of the plot and not their own growth and development as complex characters.

Without backstory, characters are hollowed agents of someone else’s desire.

Give me characters who are haunted by their past abuse and abuses. Give me characters whose past trauma manifests as strengths and weaknesses. Backstory doesn’t just help me know more about a character’s life, it tells me what drives their decisions, and whether or not I should be sympathetic to them.

Finding the perfect balance of backstory and forward momentum takes skill and practice. This article will help you: 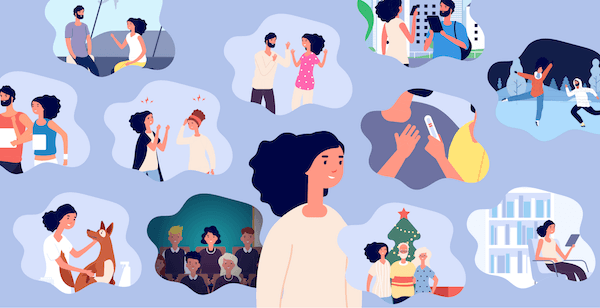 Backstory consists of the past emotions and experiences that inform your character’s current actions, behaviors, and desires. In acting, backstory often refers to the character’s life before the movie takes place and can help the actor understand everything from the character’s appearance and body language to their weaknesses and vulnerabilities.

Many people have argued that backstory slows down a narrative. While this doesn’t have to be the case—in fact, in genres such as mystery, discovering the character’s backstory creates suspense and drives the plot forward—the term backstory can be limiting. 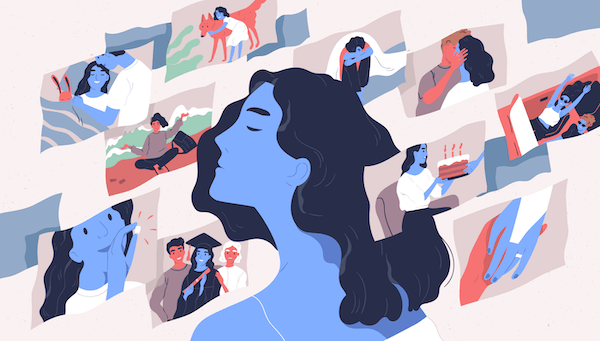 On the flip side, backstory can be done poorly. As a reader, there’s nothing I loathe more than encountering a long stretch of poorly executed backstory. Well-done backstory needs to be moderate and complex, and many beginning writers will err on one side or the other.

As John Gardner explains: “[The writer] must introduce [background events] in the smallest possible number of scenes, each scene rhythmically proportionate to those surrounding, so that the pace is regular” (The Art of Fiction, p. 59).

Keep the reader interested by avoiding these common backstory mistakes: 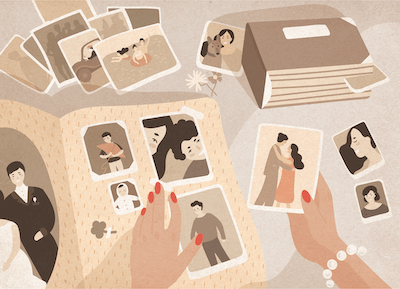 Now that you’ve seen a few ways not to handle backstory, we’ll take a look at the ways that backstory can be delivered successfully. Remember that balance and variety are the keys to developing a rich and captivating backstory.

Self-aware characters will often compare their present surroundings to something that happened in the past. Anything can serve as a trigger for comparison: a meal, a piece of furniture, a palm tree, a building, or a church such as in the following example. In the opening pages of Octavia Butler’s Parable of the Sower, the narrator compares the church they’re about to visit to one her dad once owned:

“Dad once had a church just a few blocks outside our wall. He began it before there were so many walls. But after it had been slept in by the homeless, robbed, and vandalized several times, someone poured gasoline in and around it and burned it down.”

To use this technique, simply have the character experience something in the present that reminds them of the past: an object, a person, a place.

Here we learn several things about the character’s backstory in only two sentences, and yet no flashback was required:

The character’s physical appearance can create an opening for the author to provide information about their past. In “Smartening Up” by Aoko Matsuda, we learn more about the main character’s aunt through the author’s description of her appearance.

“Studying her face, I tried to remember what she’d looked like when she’d worked at the bar. It hadn’t been a particularly classy place, and she hadn’t worn a kimono, but she was always properly made up, always attentive to her clothes and her appearance.”

So we learn three things:

An author can reveal backstory within dialogue, which helps to keep the plot moving forward. In this example from “The Salt Witch” by Martha Wells, the main character gradually discovers (spoiler alert!) she’s a ghost. Her memories flood back to her in a conversation with a fellow ghost.

“She breathed out, owning it. ‘Yeah, that’s me under the car. I died. When they called the evacuation, I stayed.'”

Here, the dialogue works as a kind of an epiphany: she’s remembering her own backstory.

But dialogue from other characters can also reveal your character’s backstory, as long as it doesn’t get too expositional (it must be for the sake of the other characters in the scene, rather than for the reader).

A flashback removes the character from the present scene and places them in a new scene that takes place in the past. This technique is one of the most common, as well as the most criticized for poor execution. In “Interesting Facts” by Adam Johnson, the narrator’s slipping grasp on time is evident in the way her memories meander and overtake the present.

“Our son recognized a boy from his middle school. I recognized him, too, from the talent show assembly. The boy had performed an old-timey joke routine, complete with some soft-shoe. Those days were gone.”

When readers gripe about flashbacks, it’s often because the flashback is too long and overtakes the narrative. Here, the flashback is just a single sentence, remembering the old-timey soft-shoe routine.

More writers should embrace the single-sentence flashbacks rather than a half-chapter flashback.

Many writers struggle to deliver backstory succinctly within a scene. The temptation to launch into an extended flashback is strong. However, just a few sentences of backstory within a scene can hint at a character’s depth and keep the reader interested in learning more, such as in this example from Grace Paley’s “Wants”:

“The librarian said $32 even and you’ve owed it for eighteen years. I didn’t deny anything. Because I don’t understand how time passes. I have had those books. I have often thought of them. The library is only two blocks away.”

Here, Grace Paley puts her character in a scene where she has to confront a question of her past: why didn’t she ever return those books over the last 18 years?

So by revealing this backstory, a mystery is created: What type of person would do that?

Sometimes a memory is so powerful that it propels the story forward, even in summary. Garcia Marquez’s novel One Hundred Years of Solitude famously opens with backstory:

“Many years later, as he faced the firing squad, Colonel Aureliano Buendia was to remember that distant afternoon when his father took him to discover ice.”

The memory of discovering ice continues for the rest of the chapter, and in fact, the firing squad scene that Marquez mentions in the opening sentence doesn’t return for many more chapters.

Summary works well when you have an omniscient narrator who can concisely capture vast sections of the character’s life. 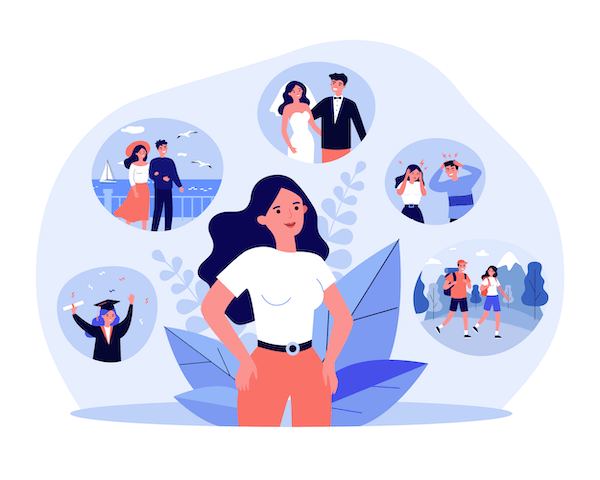 Before jumping into your story’s narrative, it’s a good idea to get to know your character’s backstory through pre-writing. Novels, short stories, essays, screenplays, and just about any form of narrative writing will benefit when you have a better understanding of your character’s past experiences.

For the following exercise, pick one prompt and write for about 10 minutes using at least one of the following backstory techniques:

The following prompts are listed in order from least difficult to most difficult: 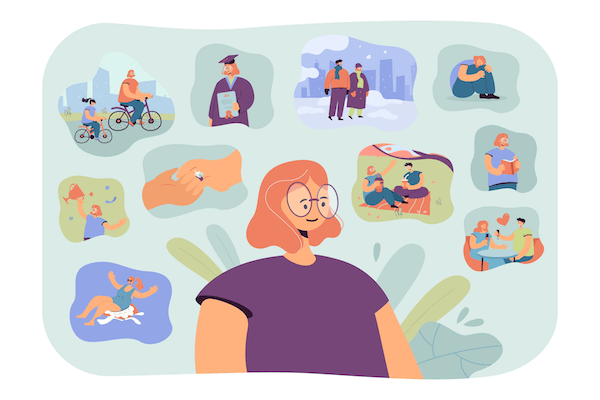 How do you know how your character will react to the circumstances you’ve created for them, especially if you have no prior experience yourself? Creativity can only get you so far, and reading biographies, though effective, is time-consuming. To avoid falling into the research trap when you should be writing, you can do the work of learning more about your character’s backstory through scene.

Each of the below situations will provide you with information about the character’s motivations and behaviors, so you can feel confident that the path forward has footing in the past.

Pick one prompt and write for 10 minutes from the perspective of your character using two backstory techniques that are different from the one you used previously. Incorporate as many elements from your pre-writing exercise as possible in your scene. 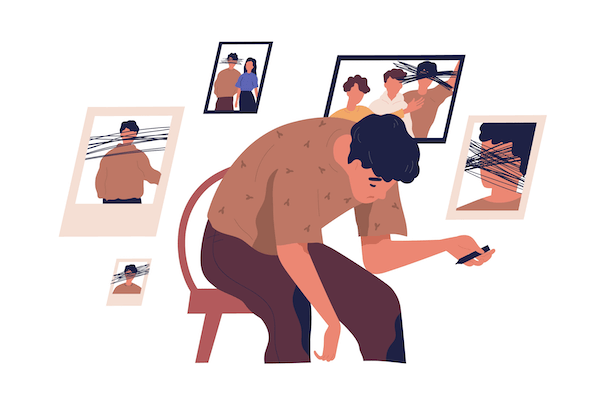 After all, Stephen King is famously anti-backstory:

“The most important things to remember about backstory are that (a) everyone has a history and (b) most of it isn’t very interesting.”

Some Classics
In his infamous stream-of-consciousness novel Ulysses, James Joyce chronicles a day in the life of his character, providing almost no backstory. Likewise, Ernest Hemingway’s short story “Hills Like White Elephants” has puzzled readers for decades with its omission of backstory.

For a novel take on backstory, see Invisible Cities by surrealist author Italo Calvino, which alternates between descriptions of fictional cities and conversations between two explorers.

Sci-Fi
The science fiction genre, in general, can provide opportunities for authors to play with time and point of view in ways that minimize backstory. Octavia Butler’s Imago, from the point of view of a newborn, accesses backstory through the narrator’s parents. Lucy Corin’s short story “Baby in a Body Cast” takes a similar approach.

Cormac McCarthy’s The Road and Benjamin Percy’s The Dead Lands both take place in post-apocalyptic worlds from the point of view of characters who don’t look back.

Fairy Tales
Fairy tales, too—with their flat characters and non-motivation—often present minimal backstory to the reader. In The Grimm Reader, translated by Maria Tartar, the Mother Trudy character in the titular story has no backstory.

She turns a child into a block of wood and burns her in the fire because she’s an “evil woman, who does wicked things,” and a “witch in all her finery.”

Film
Many, many films avoid developing characters’ backstories, especially when it comes to villains. Children’s films like Disney’s 101 Dalmatians and Jim Henson’s Labyrinth don’t explain, for example, Cruella de Ville’s obsession with furs or how Jareth the Goblin King came to power.

If you’re wondering if backstory is for you, consider your favorite books and films. What do you know about the characters? What would be gained or lost if you knew more or less?

Remember, there’s no one way to tell a story. Sometimes backstory provides essential context, and sometimes it can be withheld from the reader to great effect. Use the techniques and exercises in this article to discover more about what drives your character, and then use the most important details as touchstones that build meaning as the narrative progresses.

As a reader and writer, I take enormous pleasure in coming across and crafting backstories. When I identify with a character I’m reading’s past experiences, it’s as if the author has revealed a piece of myself that hadn’t previously been articulated. Writing the perfect backstory can bring a similar satisfaction, bringing the character into alignment with their true purpose.

Laura I. Miller is a Denver-based writer and editor. She received an MFA in creative writing from the University of Arizona. Her fiction and literary and art criticism appear widely.