My memories are very confused. There is even much doubt as to where they begin; for at times I feel appalling vistas of years stretching behind me, while at other times it seems as if the present moment were an isolated point in a grey, formless infinity. I am not even certain how I am communicating this message. While I know I am speaking, I have a vague impression that some strange and perhaps terrible mediation will be needed to bear what I say to the points where I wish to be heard. My identity, too, is bewilderingly cloudy. I seem to have suffered a great shock — perhaps from some utterly monstrous outgrowth of my cycles of unique, incredible experience. These cycles of experience, of course, all stem from that worm-riddled book. I remember when I found it — in a dimly lighted place near the black, oily river where the mists always swirl. That place was very old, and the ceiling-high shelves full of rotting volumes reached back endlessly through windowless inner rooms and alcoves. There were, besides, great formless heaps of books on the floor and in crude bins; and it was in one of these heaps that I found the thing. I never learned its title, for the early pages were missing; but it fell open toward the end and gave me a glimpse of something which sent my senses reeling. There was a formula — a sort of list of things to say and do — which I recognised as something black and forbidden; something which I had read of before in furtive paragraphs of mixed abhorrence and fascination penned by those strange ancient delvers into the universe’s guarded secrets whose decaying texts I loved to absorb. It was a key—a guide — to certain gateways and transitions of which mystics have dreamed and whispered since the race was young, and which lead to freedoms and discoveries beyond the three dimensions and realms of life and matter that we know. Not for centuries had any man recalled its vital substance or known where to find it, but this book was very old indeed. No printing-press, but the hand of some half-crazed monk, had traced these ominous Latin phrases in uncials of awesome antiquity.

Most people have trouble coming up with cool character names, which is why some kids end up with names like Vagena (true story) or Gaylord (Gaylord Focker is truly the worst name ever).

But for fiction writers it’s harder because you have to come up with a dozen or so character names for every single story or novel.

Musicians have long known that a single name can be more memorable than a full name.

None of those are traditional names you’d find in the baby directory. If you’re going for a single name, you’ve got to get creative. Play with the sound of vowels and consonants. Mash together unlike letters. Include rare letters like Z and X.

And authors have used this technique, too. Here are my favorites.

Dim from Clockwork Orange. Not only is it a single word, it also describes him admirably.

David Foster Wallace is no slouch when it came to generating hilarious, wild names. Mo Cheery. Todd Possalthwaite. Hal Incandenza. I love the combination of the normal first name with the second imaginative one.

P.G. Woodhouse, the king of British humor in the 20th century, has some doozies as well: Gussie Fink-Nottle. Catsmeat Potter-Pirbright. Tuppy Glossop. I just want to snort.

And we have to include Don Delillo’s best contribution for this category: Bucky Wunderlick.

Charles Dickens leads the league in this type of wordplay:

Or if you want a more modern example, think of J.K. Rowling:

4. Reverse the First and Last Name

I was just reading Doug Worgul’s Thin Blue Smoke and there’s a character named Ferguson. “Is that your first name or your last,” a little girl asks him. His first, oddly enough. Turns out his full name is Ferguson Glen. A first name for a last name, and a last name for a first name. It’s a great reversal which makes his name memorable.

It’s that kind of logic which a name generator can’t come up with. The name generator will always give you last-name-sounding last names, but to be unique, you have to use more of the naming strategies below to make sure you’re creating cool character names.

One of the best names of all time is Major Major Major Major in Joseph Heller’s Catch-22. That’s right. Four Majors in a row. It’s an ongoing gag in Catch-22, and it still makes me laugh even halfway through the book.

And who could forget Humbert Humbert in Nabokov’s Lolita? The repetition of his name makes him laughable, a true example of how he’s worthy of mockery.

You want real life examples? Oh boy, do I have them. Honey Boo Boo is yet another example. Would anyone watch a show about Honey Boo? Flavor Flav would be another off the wall example (I apologize if you remember Flavor Flav). Marky Mark is a good example, too (and my wife still drools over him).

If you’re trying to name characters in your novel, I’d suggest reading my extensive post on writing your first novel: “12 Steps to Writing a Bestseller.”

It will give you all the tips and techniques you need for your characters and plot.

Your full name. Or just your middle name. Or a name with your initials. It offers a lovely metafictional dimension.

7. Use an Anagram Generator

Pick something this character represents, like Narcissistic, or a joke phrase, like Travel King, and use an anagram generator to create a whole bunch of variations. Pick those that sound most like cool character names.

When you get rich and famous and get asked about the name, you’ll have a clever explanation in your back pocket, a kind of inside joke for people in the know.

Or if the anagram generator doesn’t work, you can look at Bookfox’s character name generator.

8. Add a Prefix or Suffix

Simply adding a prefix to your name is a great way to spice up an otherwise boring name. Let’s use my name as an example.

Or do the opposite and choose a suffix.

That’s a command, because you need an imperative to get your creative juices flowing. Alliteration is so obvious and yet so few people consider it when creating names.

Consider Binx Bolling in Walker Percy’s The Moviegoer. I just want to rhyme with it: Binx is a sphinx. Binx is a minx. Binx suffuses the page with New Orleans spirit.

And remember Thomas Pynchon has loads of wonderful alliterative names, like Meatball Mulligan and Bigfoot Bjornsen.

Minimum three names, preferably four or five. And if you can add on a prefix or suffix, all the better.

In Raymond Queneau’s The Blue Flowers there is a character named Joachim Olinde Anastase Crepinien Honorat Irenee Mederic, and whose initials spell out his first name (clever, no?).

The longest name in the Bible is Isaiah’s son “Maher-shalal-hash-baz.” I would not recommend naming your character that. But I hope it inspires you!

Benno van Archimboldi, from Roberto Bolano’s 2666. Not super long, but a full three words, and how could you not love this name? Don’t you love how much information you have about the character just from the name? This reclusive Italian author writes Nobel-worthy fiction, which you probably could have guessed just from the name alone (or at least it’s unsurprising when you hear it).

Charles Williams, who was one of the lesser known inklings along with C.S. Lewis and Tolkien, gave an impressive character name in his book War In Heaven: “Aubrey Duncan Peregrine Mary de Lisle D’Estrange, Duke of the North Ridings, Marquess of Craigmullen and Plessing, Count of the Holy Roman Empire, Knight of the Cape and Sword, and several other ridiculous fantasies.” That’s some name, and some title.

A hyphenated last name tells you a lot about a character. Either they are French or they are a woman who has adopted their husband’s last name and yet wanted to retain their own last name, which means they are of a certain social class and economic level.

Plus, it looks different on the page than everyone else’s last name, so it helps the reader to distinguish between characters, and it allows you to establish a dual-personality metaphor, a divided or split persona.

Consider Hiro Protagonist, from Neal Stephenson’s Snow Crash. If you had any doubts about who the hero or protagonist was, well …

I can just see someone giving a minor character the first name of Minor in their next novel, and then killing them off a few pages after they appear.

Cormac McCarthy, in his fantastic novel Blood Meridian, only gives titles and nicknames to characters. The two main characters in the book are referred to only by their age and by their profession: The Kid and The Judge. (Just don’t ask me what’s he a judge of).

In Jose Saramago’s book Blindness, he doesn’t give anyone names, just calls them by their professions.

It gives the whole novel a sense of a fable, and also makes them nameless stand-ins for all of humanity. Plus, those are pretty cool character names.

Fairytales often use this strategy, too. Brothers Grimm fairytales feature the Baker’s Daughter, the Tailor’s Apprentice, the Miller’s Son.

And here are a few more examples of cool character names, from television and elsewhere. Particularly in the case of the cigarette man, not giving him a name gives him an aura of mystery and secrecy.

Also, The Paris Review has a great article on how to name your characters.

Lastly, if you’re still stuck on how to come up with your cool character names, get this excellent resource. The Character Naming Sourcebook is a book with more than 25,000 names, including their histories and meanings, written with the author in mind. 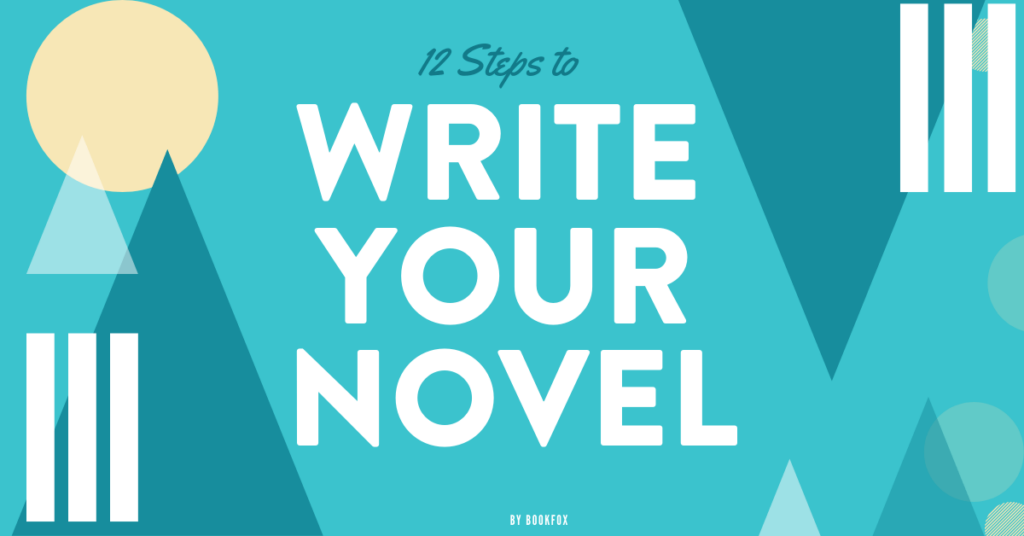 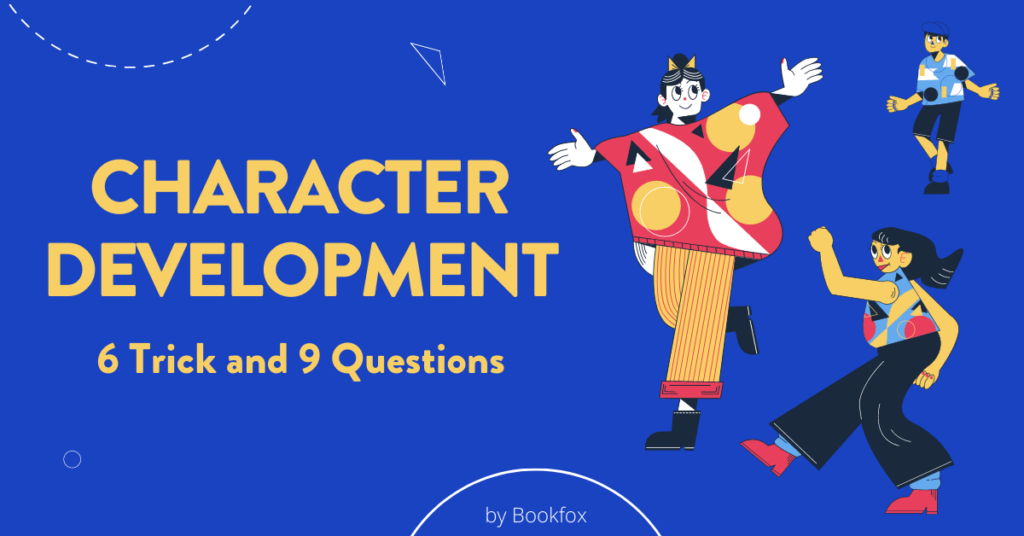 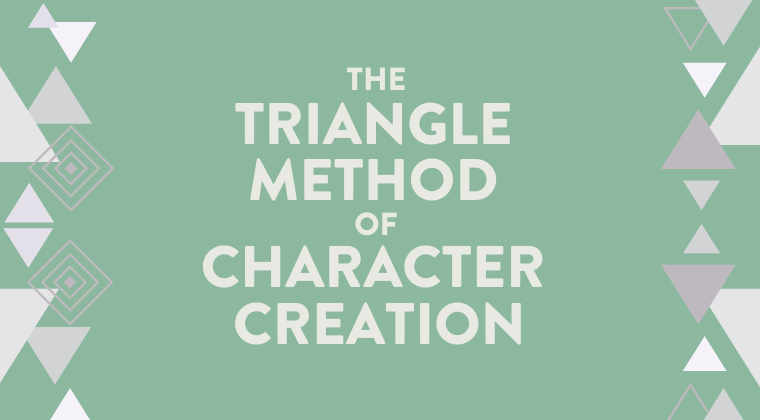