8 Tips for Writing a Novel 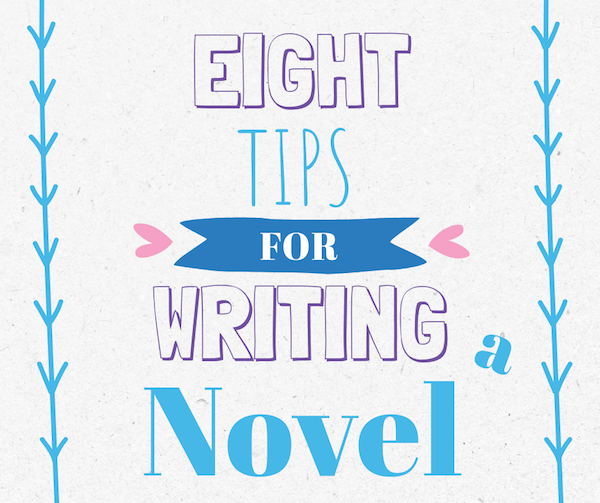 If you’re given to quitting, writing novels isn’t for you.

But if you’ve bolted your heels to concrete blocks, and if you view failure as a bridge over the black abyss, and if you’d rather be reading than climbing mountains or watching television or snowboarding, write a book.

You will want to give up. Don’t.

You’ll try to salvage an irredeemable mess. You’ll forget to save a chapter. You’ll misplace a draft. Your grandmother will ask if those “things you wrote about” really happened to you. A stranger will ask you if they’d know anything you wrote. A hundred agents will reject your manuscript. Five thousand people will tell you, “I’ve always wanted to write a book someday.” 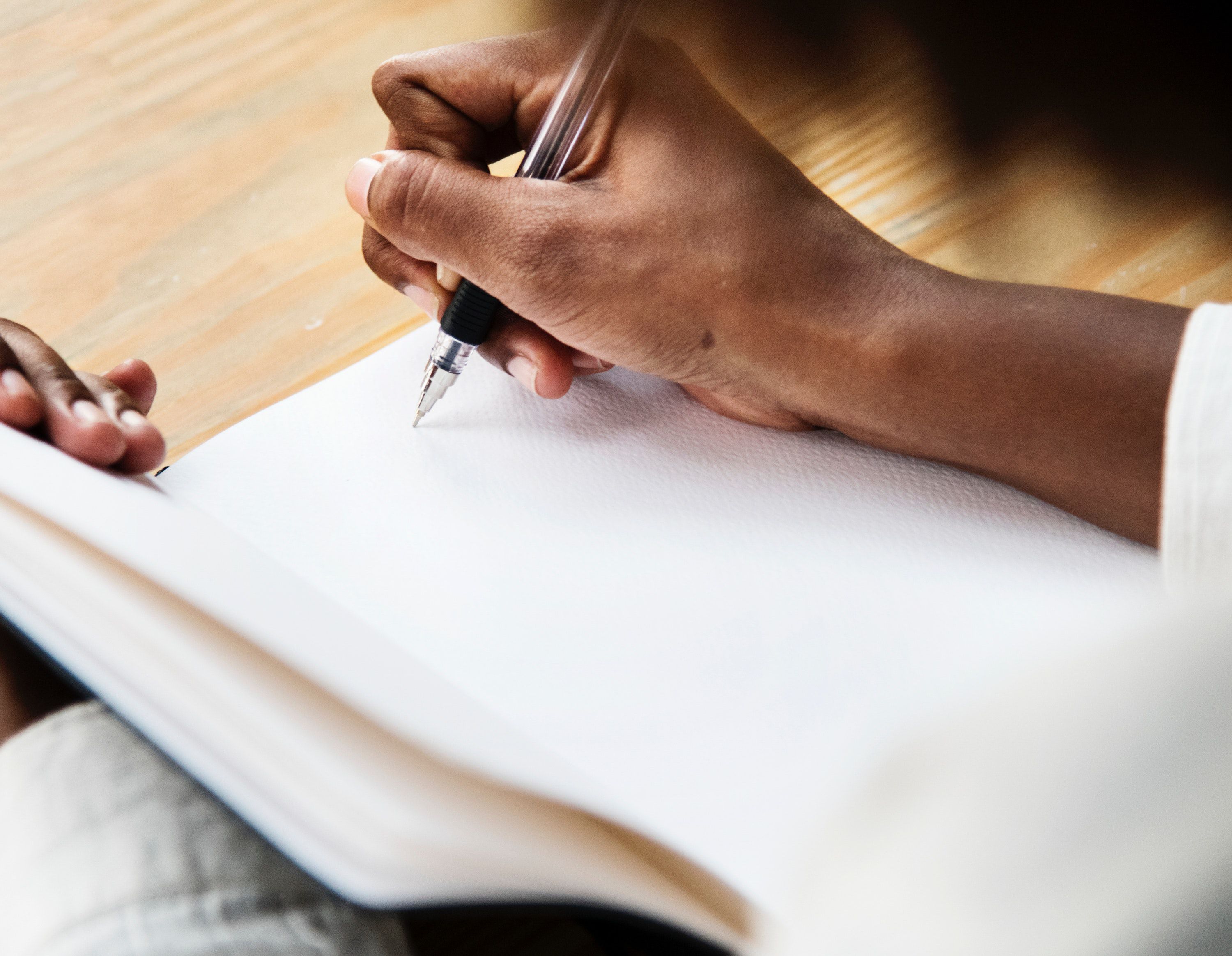 Before any of that happens, you’re going to confront a blank page with a grand idea, and you’re going to fantasize about writing the next big whizbanger, the Great American Yeah.

When that day comes you’ll have an image of the whole unwritten novel in your mind. The characters and setting and situation will shine with the light of life.

Then you’ll embark on the journey of writing.

If you’re anything like me, you’ll quickly compose twenty or thirty pages, feeling confident, self-assured, before a nauseating uncertainty will greet you some early morning: the tone will falter, a character will act in an unexpected way, someone will trip the metaphorical fire alarm and all your senses will flee for an exit, the humor will skid off the page only to be replaced by horror.

In an instant, every good and wonderful detail of your imagined novel will betray you. At this point you might spend hours rereading the pages you’ve written, searching the text for the crucial error. You’ll think you’ve found it; you’ll cut the passage; you’ll rewrite and sigh relief; you’ll get it wrong again; you’ll read from the beginning and think the error was here or there.

Before you even have time to question if you’ve lost your sanity, you’ll have maimed the draft, leaving nothing but nouns, verbs, prepositions and conjunctions.

Imagine the above happening ten times.

Or maybe you’ll press on, writing more pages, twenty, fifty, two hundred. You’ll think, I can fix the mistakes later, and you’ll race to the end, but when you arrive at the climax, it isn’t as glorious as you imagined. The closing moment reads flat; the final chapter is boring and predictable; you won’t remember how to spell unnecessary when you carve the words, UNNECESSARY SUFFERING onto the skin of your forehead.

The specific agony of a dream gone awry.

Don’t give up. Don’t you dare quit so easy.

First drafts are the gatekeepers of the literary society. Every first draft is named Bruce or Ursula. They’ve got broad chests and burly arms, that look in their eyes like they just don’t care and they can’t wait to mess you up. A lot of people are defeated by first drafts, and we’re glad that’s the case, because the more people who turn back when they’re confronted by Bruces and Ursulas the fewer people we’re in competition with to get that critical representation when it’s time to publish our fifth draft.

Get it out of your head right now that you’re going to be the exception to the rule. Let’s not even entertain exceptions to the rule. I’m not even sure they exist.

Then there’s the legend of Jack Kerouac’s On the Road. It’s said that he wrote the whole book in a sitting off one roll of dot matrix paper fed into his typewriter. What nobody talks about is how many of Kerouac’s journals he used to compose the breakneck draft. Do I smell mythological revisionist history at work?

I said let’s not entertain exceptions.

So here’s the thing. The essay you’re reading now, it’s just a little block of prose built around my reflections of writing novels. I knew the topics I wanted to develop before I began writing, but somehow I couldn’t get it right. What you’re reading here is my fifth draft. If you doubt my claim, look me up on Facebook. I’ll send you my prior drafts.

(In the world of writing, I’m a sixty-year-old hoarder. Nothing I’ve ever drafted has been moved to the recycle bin. Though I did lose a draft of a novel once. May it rest in peace.)

Bruce’s little brother is named Bubba. He’s a bit slow, mentally, a bit flabbier, and a whole lot less impressive on the eyes, but he’s still big and mean and some people are plain embarrassed to know Bubba, so they walk away.

Second drafts read like confirmations of a writer’s worst fear. The idea was no good to begin with. And usually a writer has spent at least six months, more likely a year or two tinkering with that original idea by the time Bubba arrives, fully formed and horrifying to behold.

Bubba does the heavy lifting though, he and his cousin Betty. While they aren’t much to look at, Bubba and Betty can plow a field and sew the seed. When the seed they sewed grows and sprouts, you have a serviceable third draft.

Most writers don’t need more than three drafts, though some, like me, have grown wearily accustomed to fourths and fifths. I can’t explain why it’s so hard for me to write a decent manuscript without writing four miserable precursors. But I have learned that I have the stamina to produce as many drafts as it takes to feel proud of the finished product.

If you’re going to write a novel, I encourage you to make peace with producing drafts.

The Numbered and Dirty

1. Write in minutes, words or pages, but however you write, track your progress daily.

I started my writing career with a timer set for sixty-one minutes. It didn’t matter to me if I produced five words or five hundred so long as I devoted sixty-one minutes of focuses, unbroken time with the page.

I’ve worked my way up to eighty-nine minutes, and I set my timer every morning: before I do anything else, I write. I write seven days a week. It’s my routine and discipline. Yours can and will be different.

You may want to set a word count for yourself, but no matter what you do, measure your process. Measuring the process allows you to observe subtle clues about your work. Often, for me, I find that I get distracted during my timed writing sessions when the work I’m writing is off track. I’ll see myself wasting time, reading an article online or responding to emails long before I’ll consciously know I’m writing the wrong story, or the story has taken a bad turn.

But because I know my timed writing is supposed to be focused, I can see the loss of focus and interrogate the writing, discovering missteps much sooner than I otherwise would. The same will be true for you.

A draft is a unique whole, which means you’re not producing a second draft just because you comb through a first draft, cutting words, rewriting passages, correcting typos. Redrafting is a confusing word that’s synonymous with revising.

Again, ignore the exceptions. They may not exist. Every novelist writes second drafts. Second drafts start from scratch. They use the knowledge learned in the first draft to further develop the original idea. Each subsequent draft is a product of deeper learning. They are exhausting but have the advantage of allowing writers to recast a character rather than trying to surgically adapt her.

One of the greatest advantages of multiple drafts is the writer’s ability to explore tone. No first draft is ever tonally even. A consistent tone is proof that a writer has anchored the novel in bedrock. And a consistent tone will always signal a final draft.

Outlines will benefit the writer who wants to forefront plot. They are a quick, efficient way to mute character development in favor of action. While I’m a devoted fan of heavy plot, I shy from outlines because I believe that plot is a function of character and not the other way around. If I outline, I’m ensuring an extra draft, because I’ll still have to write the character-driven draft before I arrive at the layered whole.

5. Final drafts are not finished products.

When I arrive at the layered whole, I have a final draft. My final draft, as I mentioned, is tonally consistent. The characters have settled into their personalities. The plot is set in stone. However, my final draft is still subject to logic problems, pacing issues, and clichéd or imprecise language.

The final draft will require as many as a dozen complete revisions before it’s polished enough to send to agents. You’re at the greatest risk when you possess a final draft.

6. Edit and revise only when you’re certain the product is a final draft.

In every case I know, a writer will feel a surge of despair during the editing of a final draft, and it’s during that period of despair that the writer can destroy all his work. The dreaded overworked manuscript is real, and many novels have fallen into this pit.

Great writers all suggest that a final draft be filed away and left alone for weeks or even months. When you are in the final stages, you’ve read and reread your novel so many times that you lose any sense of objective reasoning. Stepping away at that moment will save you from overworking the book. Step away.

Once you have the final draft and some distance from it, once you’ve revised it to a high-polish it’s time to reach out to your readers. If you don’t have a community of readers who are fellow writers or understand editing, you’ll need to find it.

7. Cultivate relationships with other writers, they’ll be your champions and first readers.

Readers should help you identify weak points in your final and revised draft. If the reader does not show an understanding of your intentions and support your goals, don’t trust that reader’s comments. But if you trust your reader, embrace her critiques. She means well, and she sees more clearly than you do.

8. Offer to edit others’ manuscripts.

Now, but here is something that is critical: Don’t ever allow someone to critique your work for free. Make them pay you. That payment should come in the form of a mutual critique. If your reader is reading your work, you should read her work, or if she doesn’t write, have her recommend her favorite books to you to read. This exchange is the only way for both parties to have currency in the relationship, and if one person is giving without receiving, nothing is at stake for that person and her thoughts cannot be trusted.

Whether you write romance, westerns, erotica, literary, suspense, thriller, sci-fi, or avant garde, there is a rich history and tradition behind you. Be familiar with it so you can add to the conversation rather than repeating what’s already been explored.

Enough said. Now go read a book and read some more, and make time to write, too.

–Jody J. Sperling lives in Omaha with Ashley, Silas, Edmund, and Tobias. His work has been featured in Red Rock Review, Litro, The Moth Magazine and elsewhere. He’s written two novels, and no, you haven’t read them—yet.