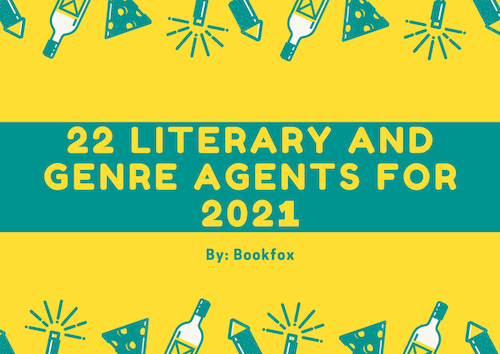 Every writer dreams of hearing the words I love your book.

When looking for an agent to represent your fledgling novel, it’s key to find someone that shares your vision and passion.

Here is an alphabetical list of 22 literary and genre agents on the hunt for their next bestseller.

Will it be you? You’ll never know till you query.

Noah Ballard reminds me of Anton Ego, the famous food critic from Ratatouille. Like Anton, Noah is craving some unique perspectives. He aims to support new creative voices with brilliant stories. No cooking skills needed!

Noah acquired his taste for good literature while studying at the University of Nebraska. After finishing his degree, he further cultivated his palate working at Emma Sweeney Literary.

Now he’s happily part of the Curtis Brown literary team where he is waiting to meet hungry authors like you! Learn more about Noah’s tastes in his interview with Water Stone Review.

Amy is on the hunt for unforgettable stories that history has tucked away. She has a particular interest in books that feature women working in the sports industry.

Originally from Queens, Amy accepted an internship with Dystel, Goderich & Bourret, then she never left!

Amy loves her work as an agent. In an interview with First Five Frenzy, she offers her unique insight on what makes a novel irresistible!

Ian Bonaparte is originally from Portland, Oregon. He’s worked his way up in the book world with duel experience from literary agencies like Farrar, Straus, & Giroux, and publishing houses like Macmillian.

Now at Janklow and Nesbit Associates, he enjoys taking a holistic approach to working with his authors. He brings to the table his background in editing fiction when looking at each manuscript.

Hannah Brattesani loves niche stories. Stories of people living on the edge, even in the middle of a bustling city. She has a sweet spot for books that can tie in themes of wellness and sexuality, or read like poetry.

Raised in the Scottish Highlands before moving to America, Hannah loves to see cross-cultural interactions in literature that help explain what we see as cultural norms. Think about the difference between West Coast and East Coast pizza if you will.

She began her agenting journey at Emma Sweeney Literary before transitioning to Freidrich Literary. Now she’s ready to accept queries, so keep them coming!

Rachel Brooks loves nothing more than curling up by the fireplace with a good book. She’s looking for stories that readers will want to return to again and again.

She is especially interested in promoting Asian authors as a member of #SEACritterspub. Rachel talks more about this initiative in her interview with Divi.

Rachel knew right away that she wanted to be an agent. First, she was an apprentice to senior agent Louise Fury. Then she worked with L. Perkins Literary before setting down with the Bookends Literary team.

Patrice Caldwell loves to see gripping romance novels with exotic settings. The ex from hell could be a perfect fit!

As Patrice states in her interview with Kirkus Reviews, she believes genre doesn’t define a book. One of her goals is to close the gap between YA and adult literature.

Before becoming an agent at Morhaim Literary, Patrice was an editor with Disney-Hyperion and a children’s book editor. She still has a soft spot for children’s literature and will occasionally represent KidLit too!

Heather Carr loves to learn from the experts when she reads. Narrators with humor and a love of the written word.

She studied at the University of Appleton, WI, before landing her first publishing gig with Trident Media Group. After Heather learned all she could there, she joined the Friedrich Literary team, where she is happily tucked away in her office reading manuscripts.

Imagine the rotten smell of an old dragon’s lair, the hard-hitting chill of a hail storm from the gods, or the gentle touch of a cross-dressing wizard’s fingertips along your back.

Immersive storytelling is a must for Zabé Ellor. Spaceships are worth bonus points. Find out what else he’d love to see in his latest interview with Marie Lamba.

Zabé’s Favorite Reads for When He’s Not on a Quest:

Kemi Faderin wants more female protagonists who can shine with or without the spotlight staring them down.

Kemi loves to challenge herself and her readers to reconsider their preconceptions about society in the novels she represents.

Hailing from Maryland, Kemi wasn’t a born book lover like many of us claim. Instead, she discovered the magic of having an exceptional high school English teacher. Then her life would never be the same.

First, she studied at NYC, then with Liza Dawson Associates, and finally, she landed at Dystel, Goderich, & Bourret.

Tara Gilbert loves lyrical writing and strong storytelling. She’s into subtle magic, though she admits tarot cards are rather irresistible.

Aside from the countless hours that Tara has spent learning about books from local libraries; she gained a great appreciation for the process as a whole while interning with Entangled Publishing.

It wasn’t long after her internship that Tara made the switch to agenting, now with Corvisiero Literary. She will be attending the 2021 Los Angeles Writers Conference representing herself and her fellow Corvisiero agents this summer!

Claire Harris is open to fiction and non-fiction submissions about all the things that go bump in the night.

She’s a member of the Foundry Literary team and avid Gillian Flynn fan. She first began studying literature at the University of Texas before moving to New York to learn from the NYU Summer Publishing Institute.

If you have a story about a compelling murder case, Claire’s just dying to see it.

In an interview with Michelle, Amanda elaborates on what she’s looking for in 2021, but I’ll give you the gist below.

Amanda Jain is open to stories of all genres, with a sweet spot for historical tales. She appreciates fiction with vivid scenery and non-fiction from unexpected voices.

Amanda lives outside of Washington, DC, and works with Bookends Literary. In a past life, she received a master’s in history of the decorative arts and worked with W.W. Norton.

Kat is a proud supporter of #ownvoices working with Donald Maass Literary. Previously she worked for Corvisiero Literary, where she confirmed her love for discovering passionate authors.

To learn more about Kat’s literary interests and background, check out her interview with Darling Axe. I’ll give you some of the main points below.

She enjoys both literary and commercial voices. As an avid reader herself, she understands the importance of everyone having characters to relate to at different stages in life.

Among her many favorite genres, Kat gravitates towards science fiction that reads like a nightmarish reality. She’s a big fan of TV shows in the vein of Black Mirror and the Twilight Zone.

A poet by nature and nonbinary from birth (pronouns: they/their) Trevor Ketner is eager to read your genre-bending, experimental, and graphic works.

They embrace stories the include people of various backgrounds, ethnicities, and gender/sexual orientations. Their agency, Ladderbird, hosted them for a new agent interview that further explains their interests.

Trevor currently calls Manhattan home. Though working in publishing for companies such as Graywolf Press, Catapult, Slice Magazine, and many others over the years has allowed them to travel near and far.

A Georgia native, Kayla finds herself drawn to stories of the South and tribal mythology. The use of satire is always welcome here, darling.

Kayla found her way into the writing world through Harper’s Bazaar then moved on to hold multiple positions at Creative Loafing Atlanta. Now she is happy to be working with Liza Dawson Associates.

Chad’s cultivated his interest in Eastern Europe when he taught English there for several years. Upon returning to the United States, he collected an MFA in Virginia and worked as an editor.

Now he’s an agent with Janklow and Nesbit, and he’s hungrily awaiting his next bestseller.

Books that Chad Can’t Put Down:

In short, Em Lysaght is looking for magical heroes and heroines battling for the fate of the world, humorous sidekicks, and romance that would make even the gods jealous! For the whole story, check out her interview with her agency, Ladderbird.

Em always knew she wanted to be a part of the book-building process, but her path to publishing was less than straight-forward.

She attended multiple art schools, worked as a comic artist, and received an MLitt in ancient Greek monsters from the University of St. Andrews in Scotland!

Em’s Favorite Stores of All Time:

Leah Pierre is looking for fresh perspectives that challenge cliches and the stories we tell ourselves, especially when it comes to family and relationships.

A self-proclaimed bibliophile (aren’t we all?), she graduated from Rosemont College with her BA, and now she’s back there getting her masters in publishing!

For further details and query information, check out Leah’s interview with her agency, Ladderbird.

Stories that inspire Leah Include:

Steven Salpeter is firmly anti-slush pile. He’s been around the block as an editor, team member at Writers House, and agent with Brandt & Hochman. He doesn’t want to risk passing up the next bestseller to cross his virtual desk.

Now at Curtis Brown LTD, he loves getting to work hands-on with writers to bright their stories to life! He has a wide variety of interests and a live email address, he just needs the perfect book.

An #OwnVoice and #Sheros advocate, Britt Siess is looking for empowering stories with complex characters. She is looking for literature for readers of all ages (MG and up).

Britt has cultivated her love of books as a reader, bookseller, and an agent. She’s worked with Taryn Fagerness Literary and Wales Literary. She now has her own agency.

Jennifer Chen Tran studied law in Boston, MA, before cracking into the publishing world with her current agency, Bradford Literary.

She feels that her unique background helps her negotiate the best contacts for her authors and strengthen their brands.

In an interview with Kite Tales, Jennifer Tran lists her favorite qualities in books and authors. She also lets readers know she’s interested in graphic works (MG and up) as well as a few other exciting genres.

If writers are tortured artists, then agents must be insatiable noir fanatics. Bleach the bloodstains from the rug and burn the rough drafts.

Maximillian Ximenez from L. Perkins Agency is looking for something terrifying, shocking, and gutsy. His interests also branch into heist narrative non-fiction and popular trends.

Who did we miss? Let us know!

The Twittersphere is buzzing, and The Manuscript Wishlist is continually updating!

Agents want to connect with you about your wonderful stories. Let us know if we’ve left anyone out. You never know who could help make your book a success! 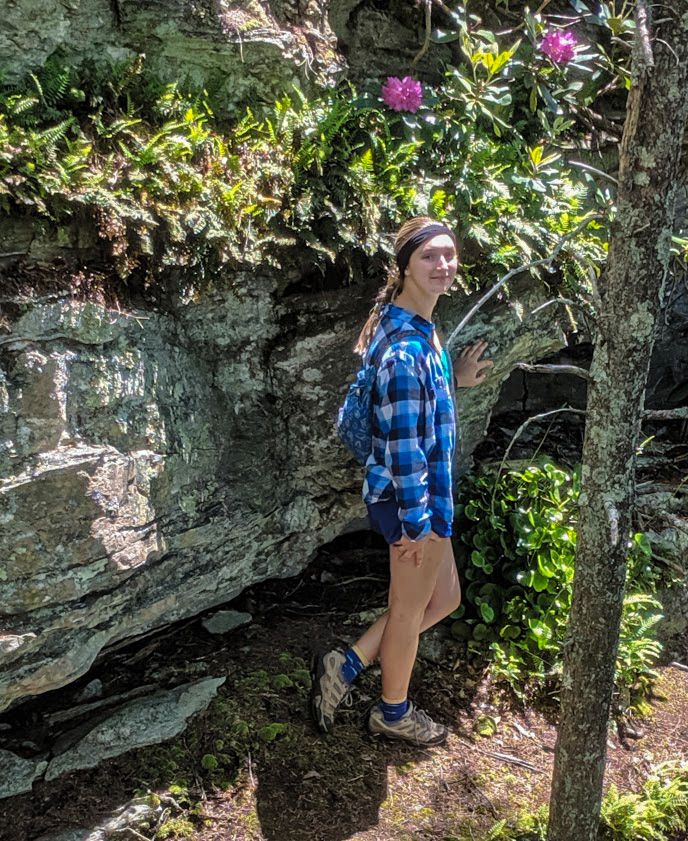 My name is Grace Giska. I am an undergraduate student studying Creative Writing and the author of three novels, one of which I like a lot. During my free time, I like to walk my dog and imagine what she thinks of me.