The Magic and Mystery of Character Motivation 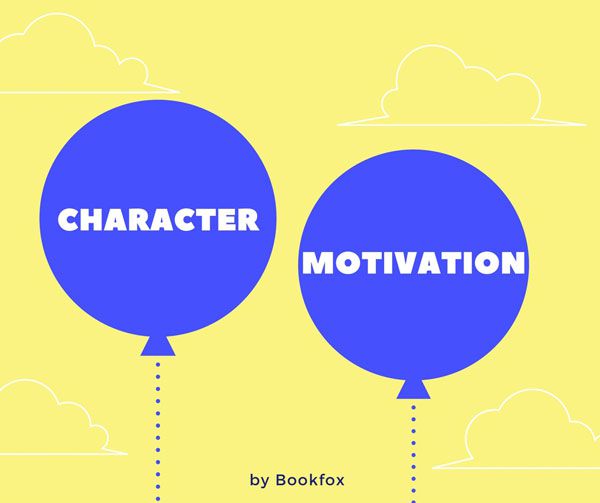 There are three parts to a character: a personality, a backstory, and a motivation. These three things are what create your story.

Most important of the three is the character’s desire, or motivation. A motivation has the potential to be the backbone of the entire story, create a character arc, or add a more complex dimension to your story.

There are two different types of motivations: internal (Intrinsic) and external (Extrinsic).

External motivation is the outward force that triggers the character into action. This is about getting something in return for their actions.

Internal motivation is the internal force that leads the character into action because of a personal desire or satisfaction that comes with the end result. This is not about getting something in return for their actions. 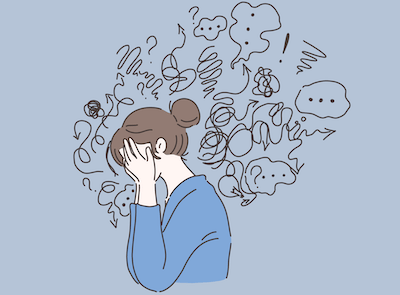 A wise man once presented the question, “How can anyone understand me when I can’t even understand myself?”

Sometimes motivations don’t make sense (in the beginning). Have you ever wanted something, but you didn’t know what it was? All that you knew was that something was missing. The reader may not know what the character wants. The character herself may not even know what she wants.

One of the best ways to ensure your characters are complex is to mislead your readers.

It’s almost guaranteed that a bestselling book is going to contain something that the reader never saw coming. There’s several ways you can do this.

Secrets
Secrets are a principle thing in stories. Everyone has something about him or herself that no one else knows, whether it’s a secret past, a secret sin, or a secret love.

Let’s say that you give your antagonist an obvious motive — he wants to make it to the most powerful position in the company by all means including lying, bribing, getting others fired, and having secret love affairs.

Then, your reader finds out that the antagonist is a widower with a nine-year-old daughter who has Leukemia. The antagonist’s secret motive is to earn enough money to pay for his sick child’s frequent hospital visits and flights to specialists in hopes of curing her before she dies at the expected age of twelve.

Secrets can change a reader’s outlook on your character.

Deception
Secrets are the obvious way to mislead readers, but the other way is to have the characters mislead themselves. A character may think that he or she has one motive while in reality, it is another.

For example, the Walter White in the TV show Breaking Bad thinks that he is dealing drugs for his family,  while he is actually doing it for himself.

Remember, villains are heroes in their own stories. 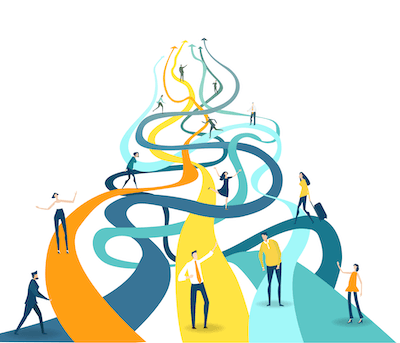 3. Give Your Characters Multiple Motivations

A man may go to Subway for lunch because he’s hungry, the Subway pizza is his favorite meal, and the coworker he likes is going to be there.

This character has a major and two minor motivations behind this action.

(Minor) Survival – He has to eat to survive, and his stomach has been growling for the past two hours because all he had for breakfast was half of a whole wheat bagel.

(Minor) To find joy – He has been exercising and eating healthy all week, and since today is Friday, he’s going to reward himself with his favorite meal: pizza.

(Major) To find companionship – Emily goes to lunch there. They’ve only spoken a few times, but she smiles at him a lot and laughs at all of his jokes. Today, he’s going to ask if he can take her out tonight.

This character can go somewhere else to eat if he’s hungry, and he can reward himself with pizza at another restaurant. The major motivation behind this character’s actions in this classic tale of romance is because he’s going for the girl.

And if you’d like to know how to describe this Subway-loving character, check out my post on Character Descriptions. 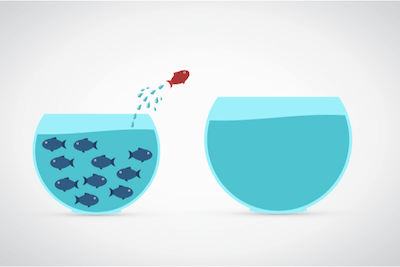 Depending on the motive, you could choose from a very flexible outcome. (Another way to make your character unique is to give them unique mannerisms — a gesture or habit that sets them apart).

Look at these examples that come from a major emotional motivation which results in different choices for different characters.

There are five other examples of major emotional motives for characters including:

These motivations have enough substance for them to become the foundation for your story and enough flexibility for you to have a wide range of choices in what actions your characters take. 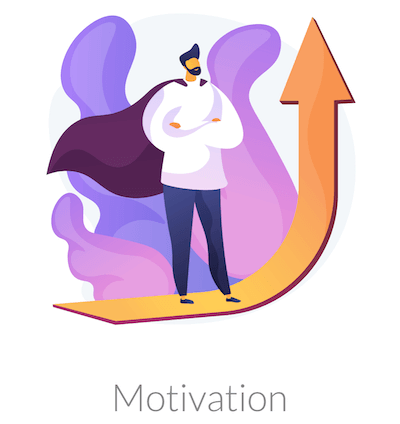 No matter what you name your character, it’s no secret that a reader needs to understand your character’s actions in order to sympathize and relate to her. A character that readers don’t believe will quickly grow irritated and put the book down. You can’t just expect readers to understand that the protagonist has been through a lot as an excuse to his lashing out. You have to tell them and make it believable.

There are five different ways to portray motivation.

1. Explicitly
You as the writer have the power to outright tell what the character’s motivation is going to be, and stories that begin with, “The walls of concrete rose to the height of the clouds, suffocating him, mocking him, but Andrew was determined that he would one day escape,” use this technique for the foundational motive of the story.

2. Dialogue
The character can simply state why they are doing something. A classic example of this would be when the bad guy explains his evil motive to the captured hero, or the hero explaining why he has to go fight and save the world to his loved one.

3. Thoughts
A character’s motive can be expressed in their thoughts either gradually allowing the reader to know or outright when the motivation strikes.

4. Actions
Ever heard the saying “Actions speak louder than words?” What a character says doesn’t have to be directly related to what he or she does. They could be saying one thing to mislead another character (or even themselves) while they go on doing something else to reveal their true motive to the reader and other characters around them.

5. Emotions
This is a bit tricky, but sometimes expressing a character’s emotions is enough to imply his or her motive. For example, Jessie keeps telling himself that he can’t stand Kalyn and that she’s all wrong for him, but he just can’t help it when he blushes every time she gives him a backhanded compliment.

And her smile — oh her smile! It will just about make his heart beat right out of his chest! Jessie’s motivation is to not like Kalyn, but his emotions reveal to the reader that his true, underlying motive is to get Kalyn to like him back.

Fascinating motives are something that readers probably haven’t seen before. They’re not the age-old classics like killing for revenge or dying for love.

The Emotional Motives in the “People are Unique” section above are very strong, but putting a twist on them may be all it takes to make your story irresistible to readers.

Fascinating Motive – a very strong motive for a character with an exceptional, unexpected twist that shows up with his or her actions.

The last thing I’ll share is a mini-story with a fascinating motive – not for the protagonist, but the antagonist.

Judge Maxime White stared down at the young man. Nineteen? Maybe twenty? But in his letter to the court, Star had claimed to have no age. No age, no name, no identity. And who had told him this? The stargazers. Those were apparently Star’s parents, though he’d never seen them. He only heard their voices. Even Clifton shifted back and forth about being this one’s defense attorney. Star gazed up at the judge, and Maxime stared back.

The boy had refused to take the stand – claimed he could see the colors of emotions, and Maxime wouldn’t have believed him till they had to take Star to the hospital a week before. His whole mind had shut down with an aneurysm of some sort. He claimed he couldn’t stand those colors, and Maxime believed him. He was a fine-looking boy – somebody’s grandson. Small. Round blue eyes.

He reminded Maxime of a baby calf. There was such an oblivious innocence to his look. Star even claimed that he hated “his job,” but he had to “free” them. Insanity was too easy a ruling, but with thirty-eight brutal murders and a courtroom full of bloodthirsty vigilantes, Maxime didn’t think that he could get away with it.

The Fascinating Motive – What if Star’s motive isn’t exactly what he’s letting on, but it’s close. And he isn’t insane. What if I told you that Star’s reality is actually the true reality in this situation (think science fiction, Stephen King, that sort of stuff), and Judge Maxime and everyone else’s reality is a façade?

Star’s motive is actually to protect others from threats. He is from another dimension sent to save this dimension because it is directly related to his own, but he is still a champion of the weak willing to sacrifice himself for the benefit of others. These murders are actually Star releasing captured Star-Dwellers from their cages, or soul-less bodies, in a method that will reverse the curse.

This may seem like a far cry from what you were expecting, but see how much more interesting the story just became? And now, we no longer have a villain, but a hero. Possibly an anti-hero, all because of the combination of a character with a motive we may have seen before going about the story in a method that we could have never suspected from the first page, and this is only the first layer of the story.

Create something new with a strong motive and daring characters, and you will end up with something fascinating.

If you want to test how well you know your characters, take my 4 Character Questionnaire Tests.