Steamy yet Sophisticated: How to Write the Perfect Kissing Scene 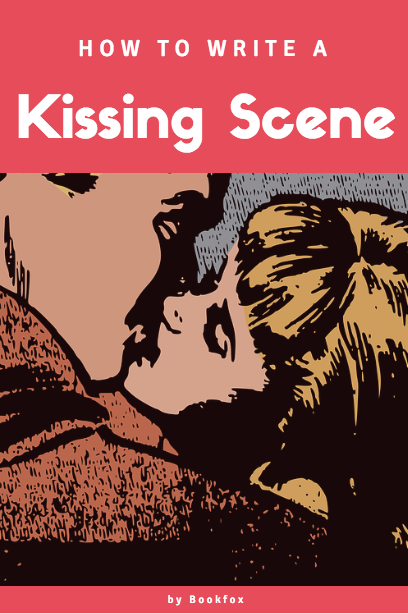 One of the most difficult scenes to write is a kissing scene, or really any scene when when things get hot and heavy.

Writers worry about being too obscene (will my mother read this?), or even worse, not vulgar enough (no one wants to be labeled a prude).

Humans are private creatures when it comes to lust, and illustrating an intimate scene can still make the most seasoned writer nervous.

The perfect kissing scene is found smack dab between these two adjectives in the title — steamy and sophisticated — as it is the balance of coy and crude that can develop into a beautiful scene.

In order to craft the perfect kissing scene, it is important to look back on the work of others in order to see what works. I’m going to give you two examples and explain why both of them work.

Considered by many to be William Styron’s magnum opus, this story chronicles the friendship between a young Southern writer and a polish Auschwitz survivor. In this scene the young writer, affectionally named Stingo, is observing a painting beside a young jewish girl named Leslie.

“In the shadows her face was so close to mine that I could smell the sweet ropy fragrance of the sherry she had been drinking, and then her tongue was in my mouth. In all truth I had not invited this prodigy of a tongue; turning, I had merely wished to look at her face, expecting only that the expression of aesthetic delight I might find there would correspond to what I knew was my own. But I did not even catch a glimpse of her face, so instantaneous and urgent was that tongue. Plunged like some writhing sea-shape into my gaping maw, it all but overpowered my senses as it sought some unreachable terminus near my uvula; it wiggled, it pulsated, and made contortive sweeps of my mouth’s vault: I’m certain that at least once it turned upside down. Dolphin-slippery, less wet than rather deliciously mucilaginous and tasting of Amontillado, it had the power in itself to force me, or somehow get me back, against a doorjamb, where I lolled helpless with my eyes clenched shut, in a trance of tongue.”

In this selection Styron’s masterful description keeps the reader glued to the page for every swirl of young Leslie’s tongue. So let’s analyze what exactly worked …

Styron uses the element of surprise to initiate this kissing scene. The main character is still in the process of describing the odor of Ms. Leslie when she startles him with a kiss. By abruptly launching into the kiss mid-sentence, Styron is able to catch his readers off-guard. This helps allow the reader to experience the shock of an unexpected peck.

Another use of Styron’s unpredictable writing style centers around the metaphors and similes that take the reader by surprise with their effectiveness.

Who would of expected that describing a tongue as a “writhing sea-shape” trying to squirm its way out the back of your head would actually work? Or that, keeping with the nautical theme,  Styron would be able to make it sound natural when he illustrates a tongue as “dolphin-slippery”?

Yet these depictions are such colorfully unconventional ways to describe the act of kissing, that they actually work despite their less-than-arousing sound.

Let’s take a look at another iconic kiss scene.

Star-Struck Kissing in The Great Gatsby

In “The Great Gatsby,” Fitzgerald’s story about wealthy Jay Gatsby’s ill-fated infatuation with the already married Daisy Buchanan, this scene describes a kiss between the two on a cool moonlight night.

“His heart beat faster and faster as Daisy’s white face came up to his own. He knew that when he kissed this girl, and forever wed his unutterable visions to her perishable breath, his mind would never romp again like the mind of God. So he waited, listening for a moment longer to the tuning fork that had been struck upon a star. Then he kissed her. At his lips’ touch she blossomed like a flower and the incarnation was complete.”

What makes this scene so compelling is the distinct and bizarre analogy Fitzgerald employs in order to describe the moment. A tuning fork struck upon a star? That’s utterly unique.

But remember that the majority of this kissing scene is the anticipation before the kiss. This is what writers most often forget. They go straight to the physical action and forget that the literary foreplay is the majority of the pleasure.

His figurative language in the second sentence makes the process of leaning in for this kiss almost metaphysical, as the speaker explains how this kiss will act as an act of therapy to cure all of the anxieties that plagued his mind.

In Fitzgerald, a kiss is never just a kiss.

It can be a cure, an epiphany, a disaster, a transformation.

Kiss & Tell: 7 Takeaways From These Kisses

So what have we learned by analyzing these two scenes side by side?

Gone with the Wind by Margaret Mitchell

Before she could withdraw her mind from its far places, his arms were around her, as sure and hard as on the dark road to Tara, so long ago. She felt again the rush of helplessness, the sinking yielding, the surging tide of warmth that left her limp. And the quiet face of Ashley Wilkes was blurred and drowned to nothingness. He bent back her head across his arm and kissed her, softly at first, and then with a swift gradation of intensity that made her cling to him as the only solid thing in a dizzy swaying world. His insistent mouth was parting her shaking lips, sending wild tremors along her nerves, evoking from her sensations she had never known she was capable of feeling. And before a swimming giddiness spun her round and round, she knew that she was kissing him back.

She drew him toward her with her eyes, he inclined his face toward hers and lay his mouth on her mouth, which was like a freshly split-open fig. For a long time he kissed Kamala, and Siddhartha was filled with deep astonishment as she taught him how wise she was, how she ruled him, put him off, lured him back… each one different from the other, still awaiting him. Breathing deeply, he remained standing and at this moment he was like a child astonished by the abundance of knowledge and things worth learning opening up before his eyes.

The rims of Clementine’s eyes were inflamed. She yawned. She rubbed her nose with the heel of her hand. And then she asked, “Do you want to practice kissing?”

I didn’t know what to answer. I already knew how to kiss, didn’t I? Was there something more to learn? But while these questions were going through my head, Clementine was going ahead with the lesson. She came around to face me. With a grave expression she put her arms around my neck.

The necessary special effects are not in my possession, but what I’d like for you to imagine is Clementine’s white face coming close to mine, her sleepy eyes closing, her medicine-sweet lips puckering up, and all the other sounds of the world going silent — the rustling of our dresses, her mother counting leg lifts downstairs, the airplane outside making an exclamation mark in the sky — all silent, as Clementine’s highly educated, eight-year-old lips met mine.

And then, somewhere below this, my heart reacting.

Not a thump exactly. Not even a leap. But a kind of swish, like a frog kicking off from a muddy bank. My heart, that amphibian, moving that moment between two elements: one, excitement; the other, fear. I tried to pay attention. I tried to hold up my end of things. But Clementine was way ahead of me. She swiveled her head back and forth the way actresses did in the movies. I started doing the same, but out of the corner of her mouth she scolded, “You’re the man.” So I stopped. I stood stiffly with arms at my sides. Finally Clementine broke off the kiss. She looked at me blankly a moment, and then responded, “Not bad for your first time.”

Hardly had the car come to a standstill than Lolita positively flowed into my arms. Not daring, not daring let myself go — not even daring let myself realize that this (sweet wetness and trembling fire) was the beginning of the ineffable life which, ably assisted by fate, I had finally willed into being — not daring really kiss her, I touched her hot, opening lips with the utmost piety, tiny sips, nothing salacious; but she, with an impatient wriggle, pressed her mouth to mine so hard that I felt her big front teeth and shared in the peppermint taste of her saliva. I knew, of course, it was but an innocent game on her part, a bit of backfisch foolery in imitation of some simulacrum of fake romance, and since (as the psychotherapist, as well as the rapist, will tell you) the limits and rules of such girlish games are fluid, or at least too childishly subtle for the senior partner to grasp — I was dreadfully afraid I might go too far and cause her to start back in revulsion and terror.

The rain rushed down. He hurried me up the walk, through the grounds, and into the house; but we were quite wet before we could pass the threshold. He was taking off my shawl in the hall, and shaking the water out of my loosened hair, when Mrs. Fairfax emerged from her room. I did not observe her at first, nor did Mr. Rochester. The lamp was lit. The clock was on the stroke of twelve.

“Hasten to take off your wet things,” said he; “and before you go, good- night — good-night, my darling!”

He kissed me repeatedly. When I looked up, on leaving his arms, there stood the widow, pale, grave, and amazed. I only smiled at her, and ran upstairs. “Explanation will do for another time,” thought I. Still, when I reached my chamber, I felt a pang at the idea she should even temporarily misconstrue what she had seen. But joy soon effaced every other feeling; and loud as the wind blew, near and deep as the thunder crashed, fierce and frequent as the lightning gleamed, cataract-like as the rain fell during a storm of two hours’ duration, I experienced no fear and little awe. Mr. Rochester came thrice to my door in the course of it, to ask if I was safe and tranquil: and that was comfort, that was strength for anything.

Before I left my bed in the morning, little Adele came running in to tell me that the great horse-chestnut at the bottom of the orchard had been struck by lightning in the night, and half of it split away.