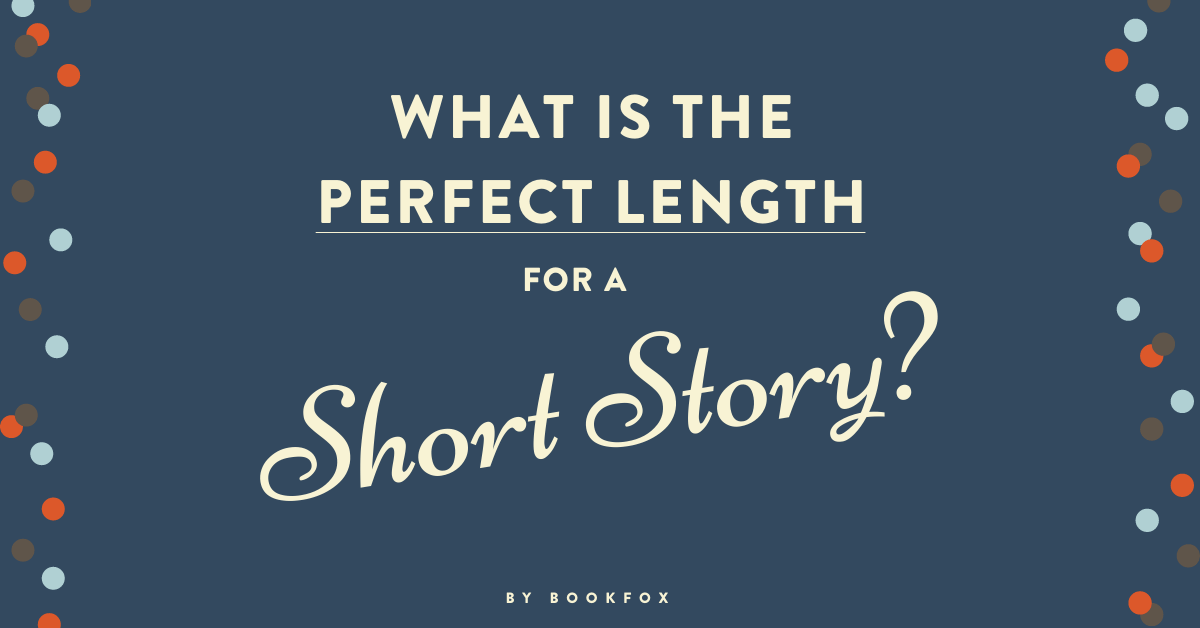 The perfect length of a short story can be tricky to figure out. Make it too long and you exceed the reader’s attention span and nobody wants to publish it; make it too short and you have flash fiction on your hands.

Edgar Allan Poe described the proper length of a short story by saying it had to be something readable in a single sitting. I like that. It measures a short story by reading time, rather than page length or word count. But I think word count is the easiest way to measure story length.

How long should a short story be? Well, to help you decide, I have compiled the word counts from the top five short stories of seven different authors. I will show you the average short story lengths, so you can make an informed decision about how long to make your short story. 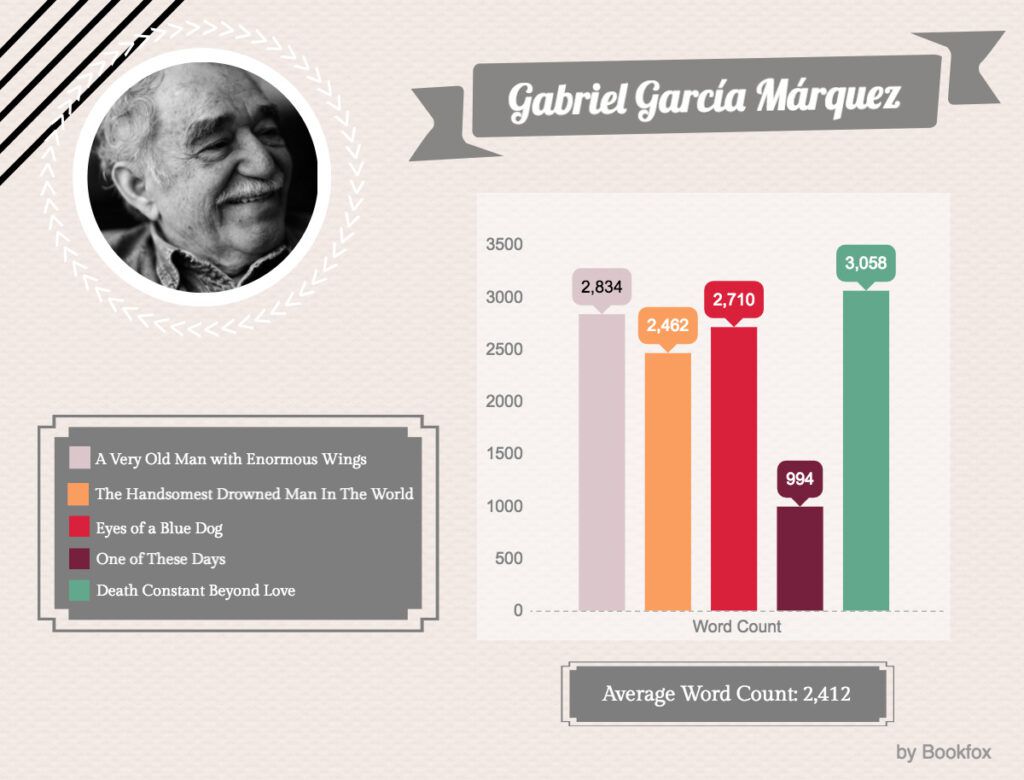 Although Márquez has an average word count of 2,412 words and overall his short story lengths are quite consistent at the high 2000s, he also has a flash fiction of only 994 words.

“One of These Days” may be short, especially when compared to “Death Constant Beyond Love,” but that doesn’t make it any less popular than his other stories. Márquez is a great example of how you can play around with the lengths of your short stories, and how having a shorter story does not necessarily mean a sacrifice in quality. 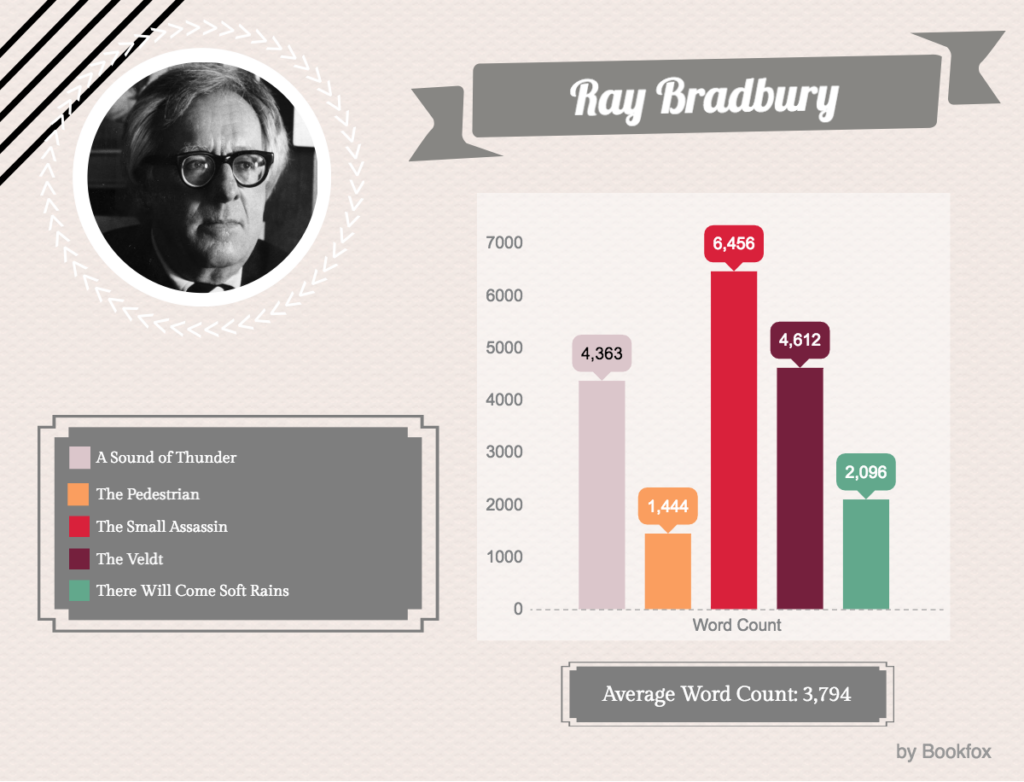 Personally, I’ve always considered 4,000 words to be a sweet spot for short story word count, but Bradbury teaches us that you can create amazing storylines in both fewer and more words. 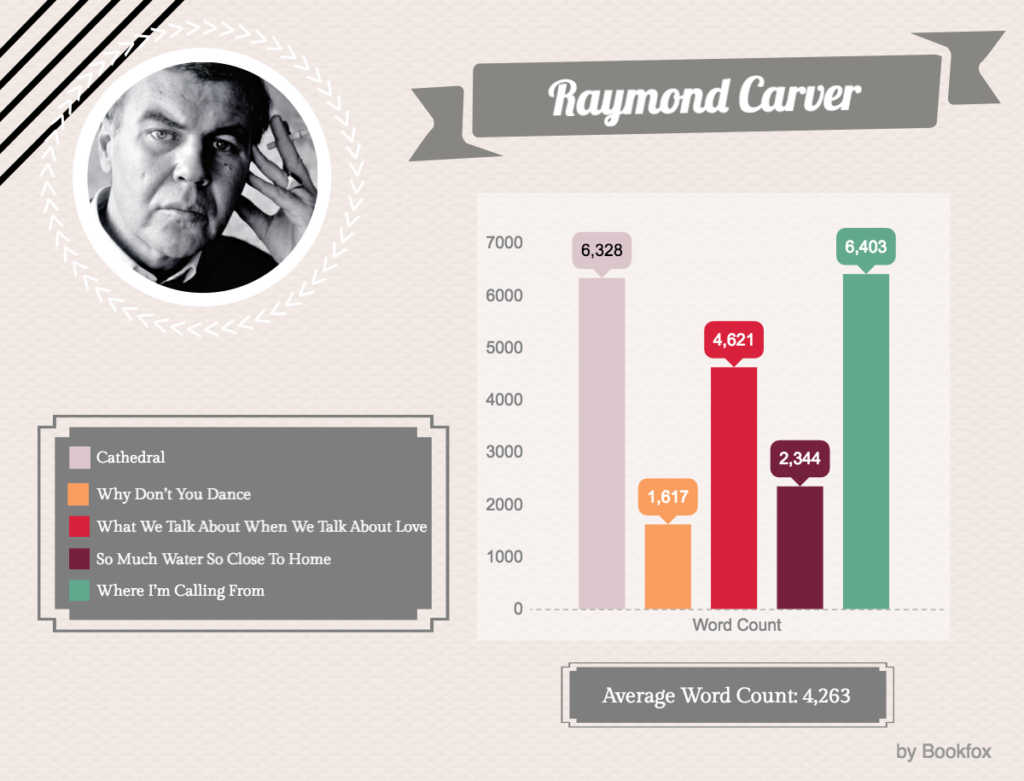 Despite a difference in their average word counts, both Bradbury and Carver share a wide variation in story lengths. Neither author appears to keep to any specific length, but both go no lower than 1,400 and no higher than 6,500. 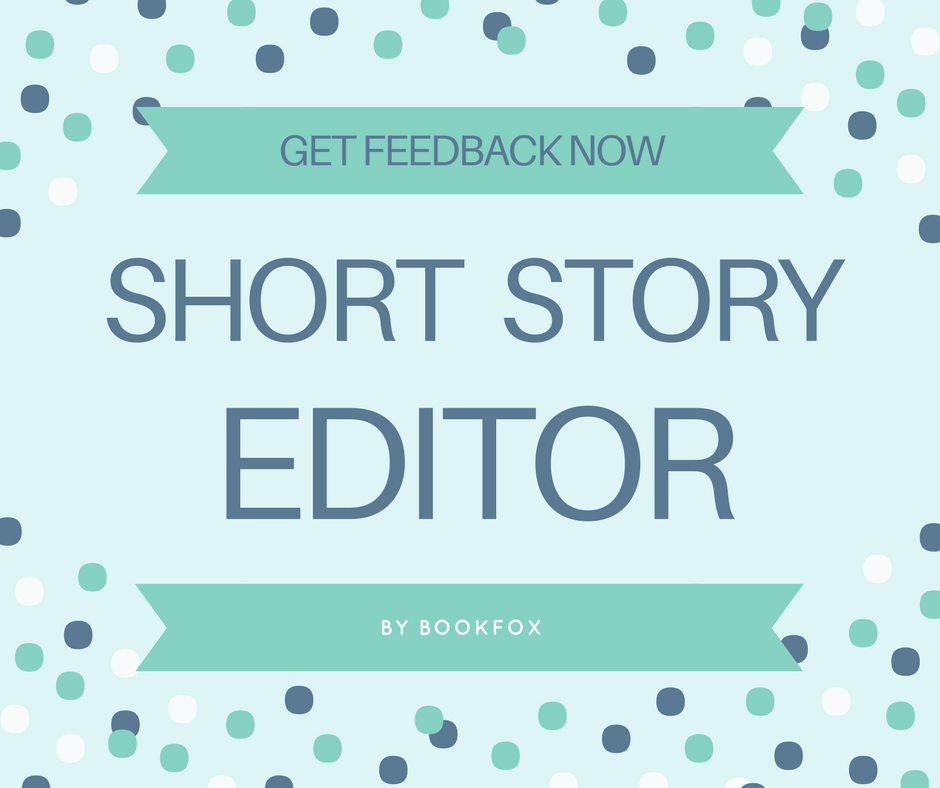 Publish your story in your dream magazine.

Get a professional editor to look at your story and give feedback. 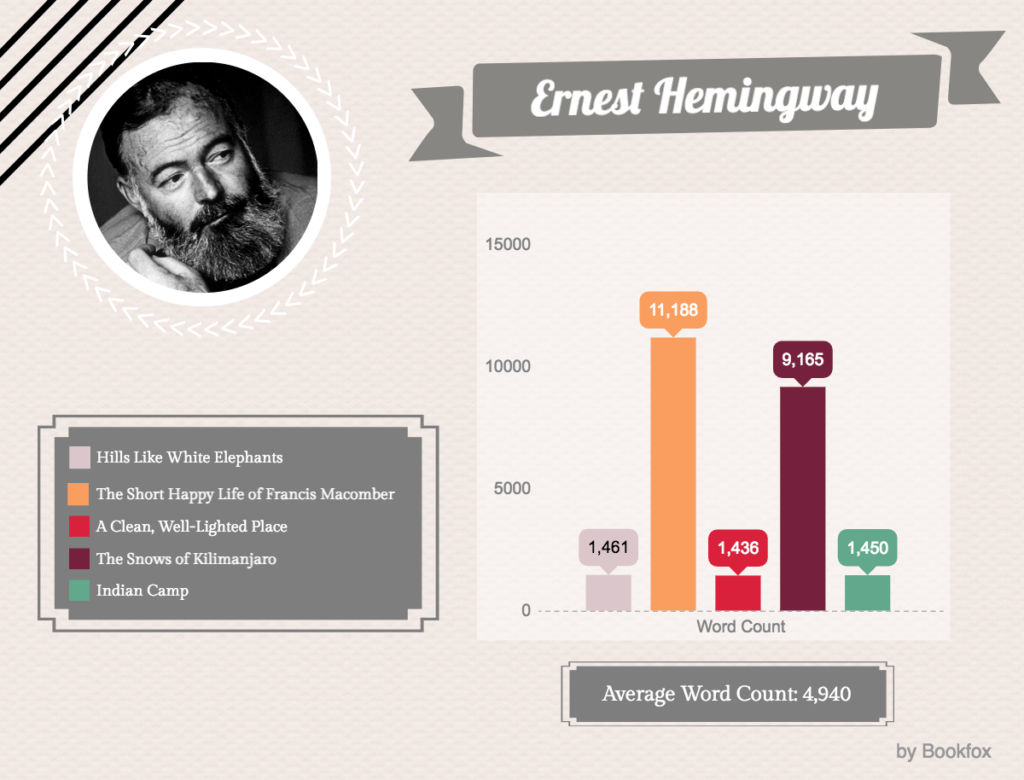 Hemingway appears to have two methods to short story writing; his stories are either lengthy or very short. This disparity between word counts may seem a bit daunting at first, but Hemingway wonderfully illustrates that you don’t have to stick to writing one length over another. 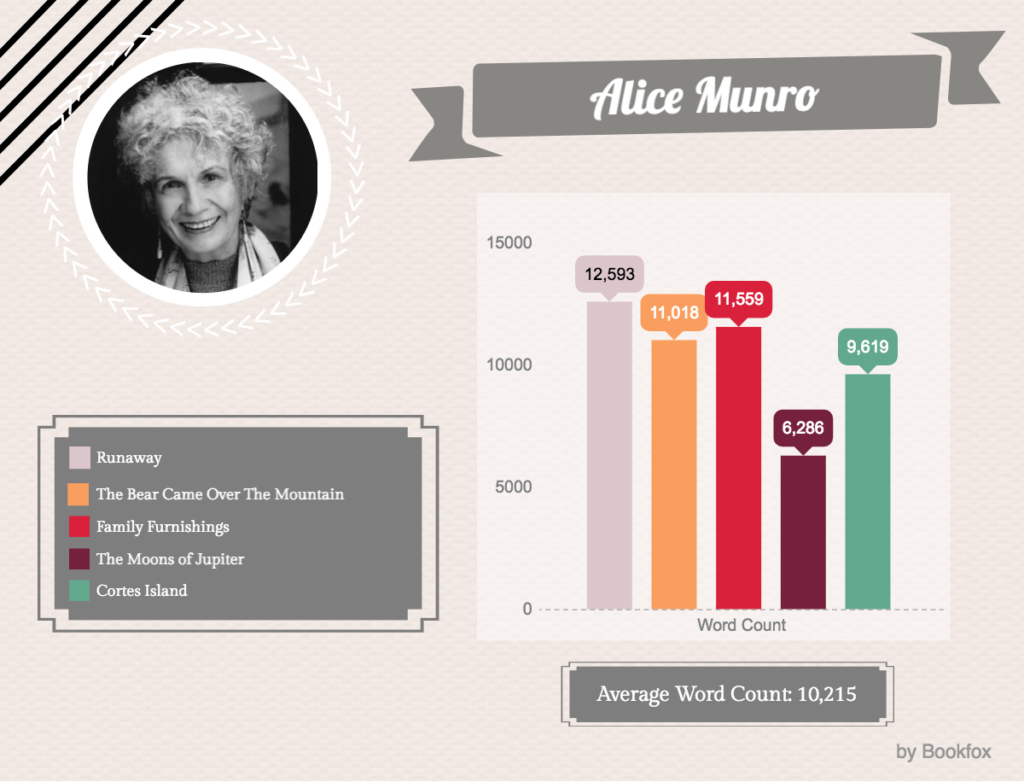 Munro is definitely unusual in the short story world. Unlike many of the other writers we’ve seen, she writes at the upper end of short story word counts. Her shortest is 6,000+, which is usually the high end for most writers.

Even though the short stories are long, they are extremely compressed. She is fitting novelistic storylines — grand sweeps of life over many decades — inside only 10,000 words. 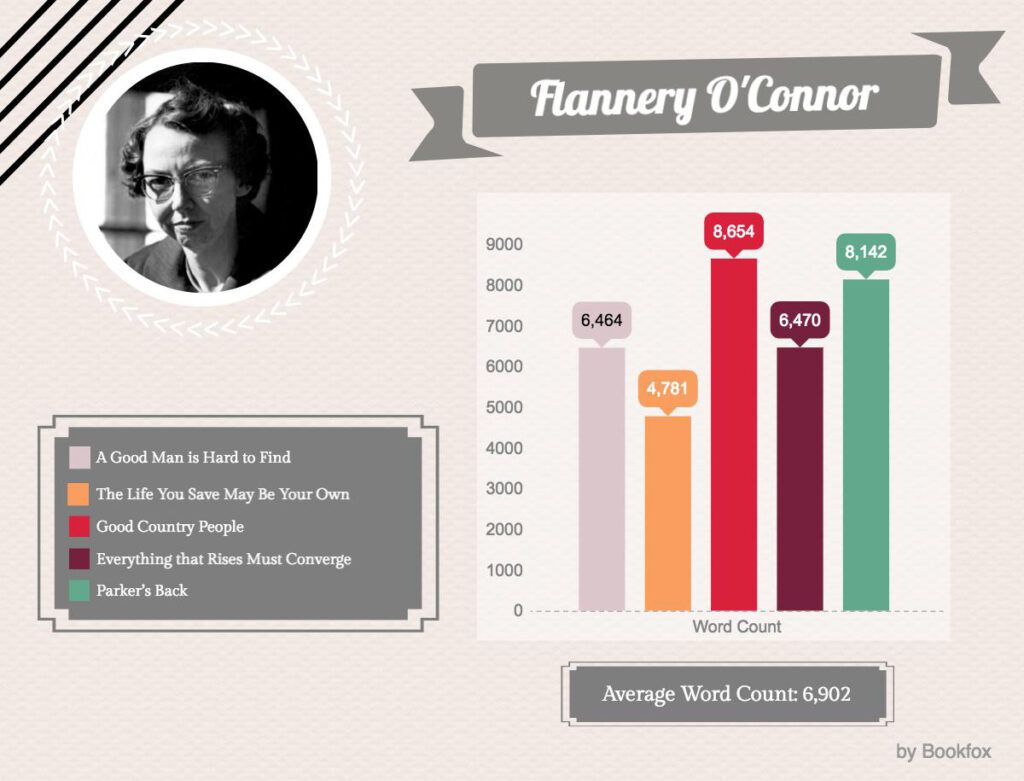 O’Conner is another example of a lengthy short story writer. Although her average word count is 3,313 less than Munro, O’Conner does have the second highest average. Both of these authors prefer length to brevity when it comes to their writing. And with longer short stories allowing for a longer plot and greater character development, among other things, it’s not hard to see why. 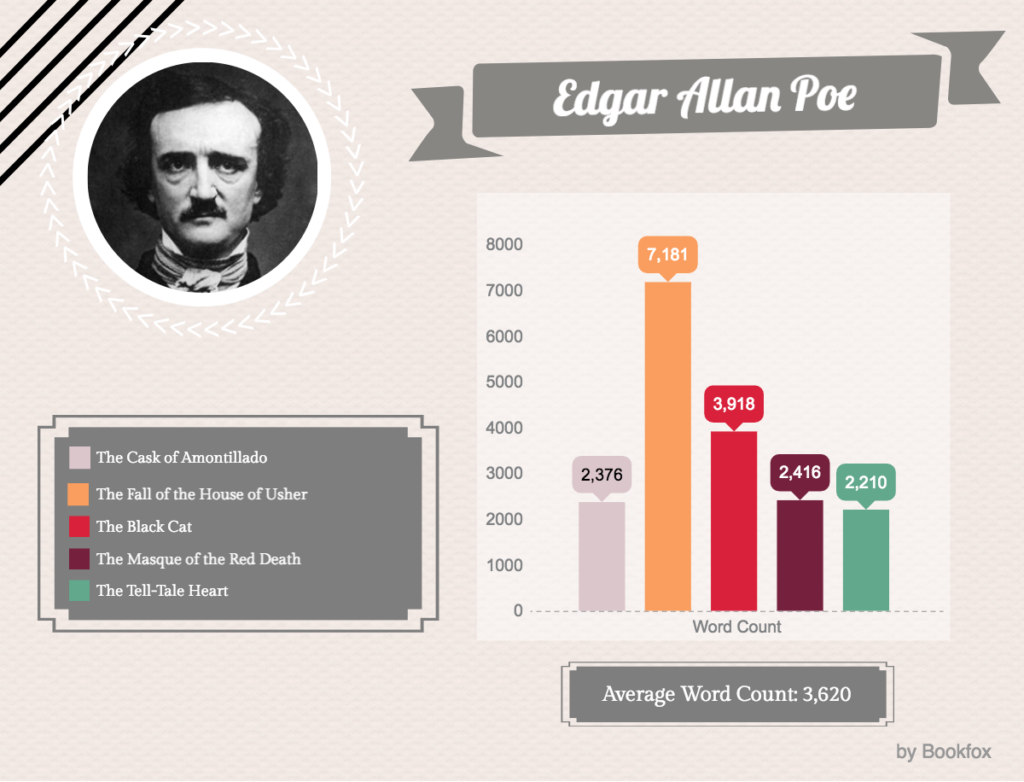 With the exception of “The Fall of the House of Usher,” Poe tends to keep his short stories short. Very short, actually, with three in the mid-2,000 range. 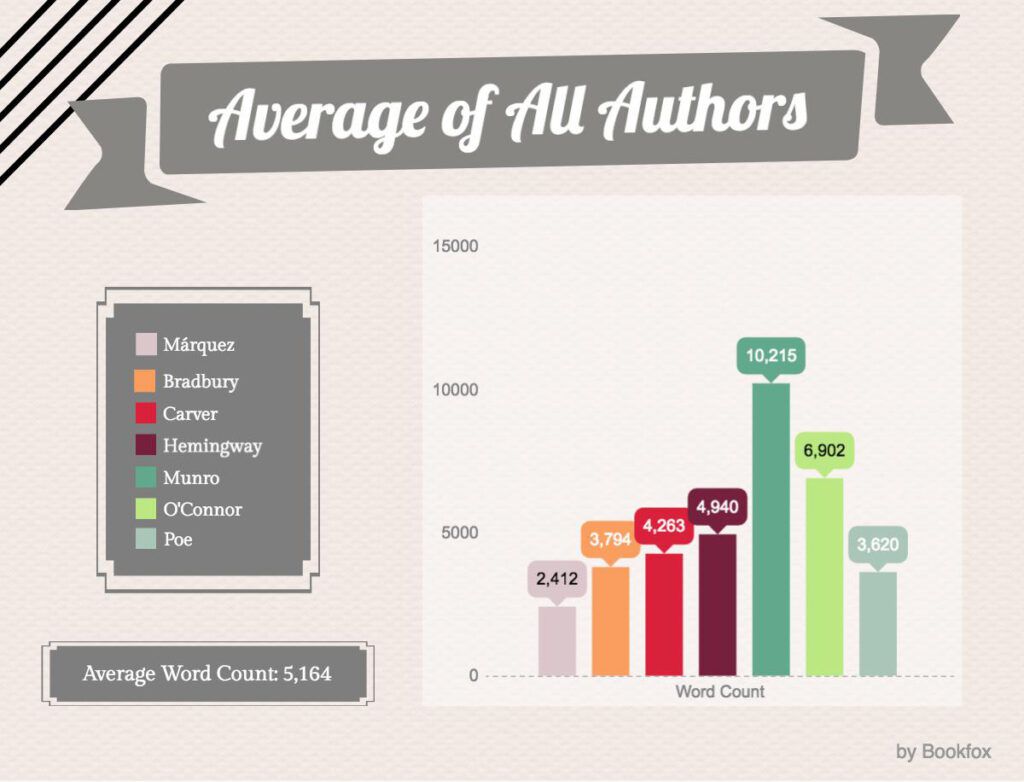 Okay, now for the results…

So if you look at the graphic above, we see the average length of all these short story authors is:

If you don’t know how long to make your short story, shoot for around 5,000 words.

What lessons can we learn about how long a short story should be?

Before making this list, I would not have guessed I’d see so many stories under 2,000 words. I think of 99% of short stories falling between 4,000 and 6,000 words, but I think this list proves that idea wrong.

2. There are no exact lengths a short story must be.

Looking at these graphs should teach you that the short story is a very flexible and adaptable form. You can write almost-novellas like Alice Munro or you can write tiny jewels like Gabriel Garcia Marquez.

3. The goal for your short story should be to make it the right length for your story.

Some 6,000 drafts of short stories would be much better as 3,000 stories. And some 2,000 word stories should be expanded to 5,000 words. The trick is understanding the length that your particular narrative requires, and fulfilling your duty toward it.

First of all, it’s much harder to write very short stories that are good. Give yourself 4,000 words of space. Second of all, this list skews to the shorter side because anthologies prefer shorter stories because they can fit more of them, and therefore the most famous short stories are shorter. I think the average short story published in literary journals might be a little longer.

Remember, the key to writing a great short story does not exist within its length, but in its ability to last in memory.

Here’s a  graphic that illustrates the difference between short story lengths and the lengths of other genres. 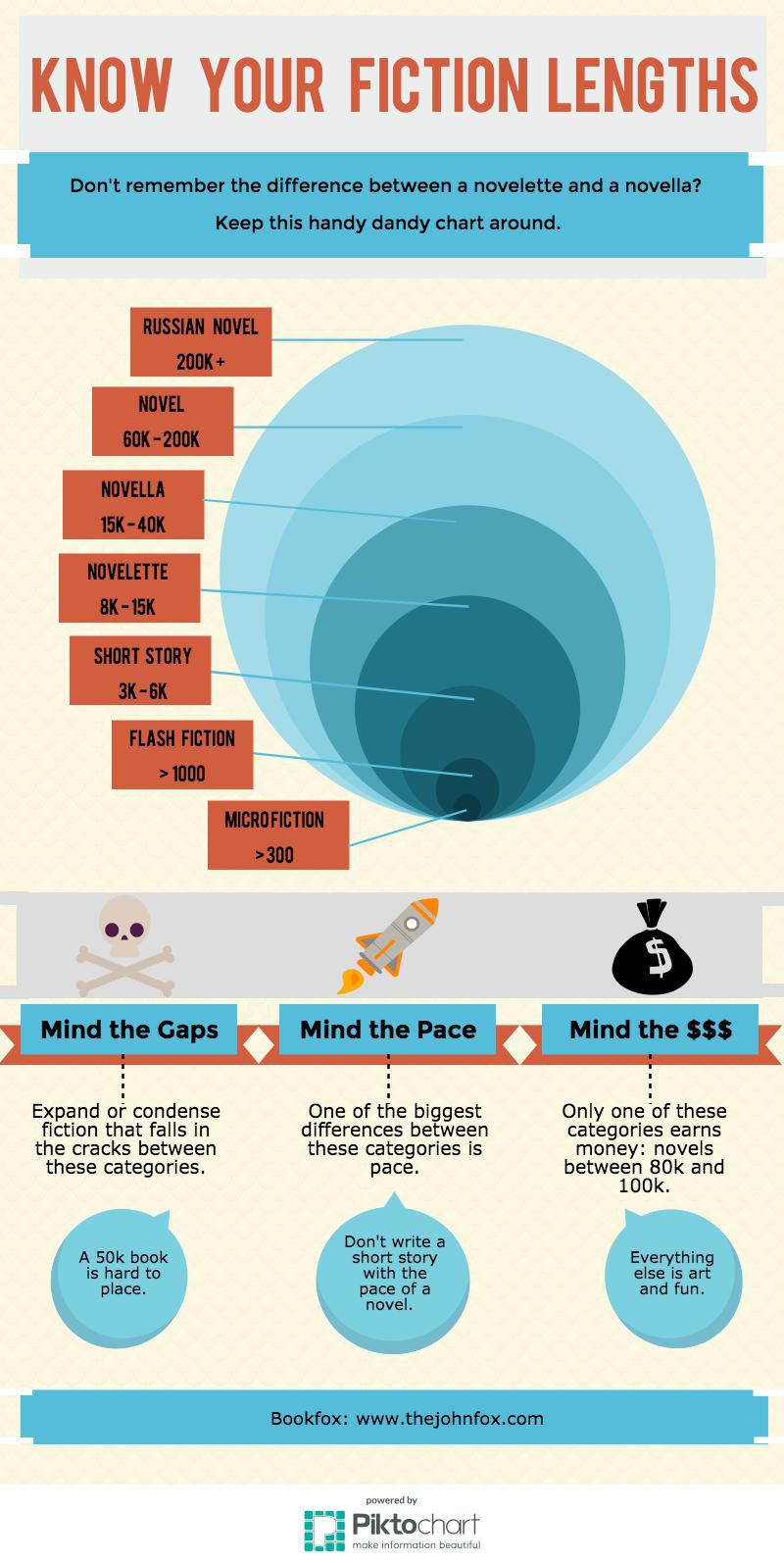 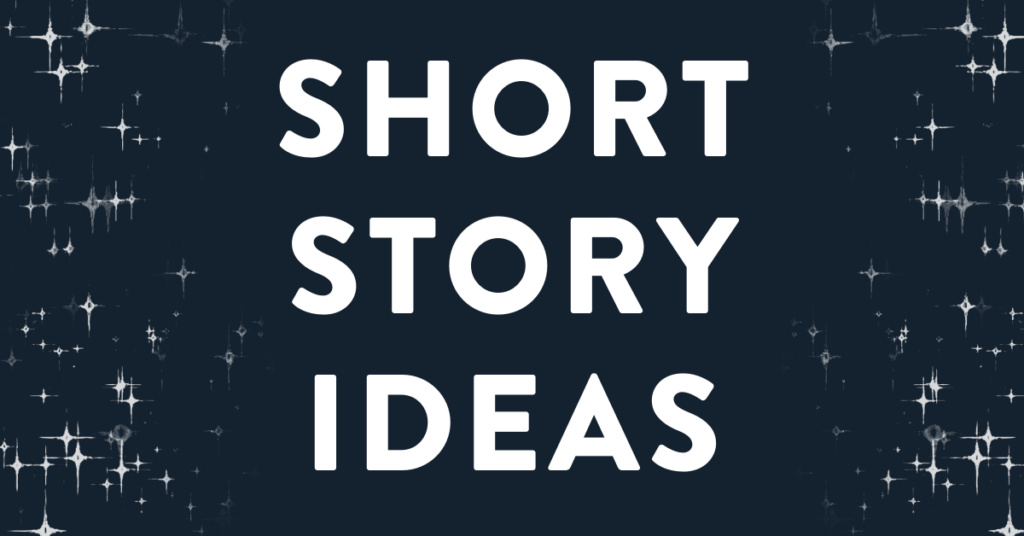 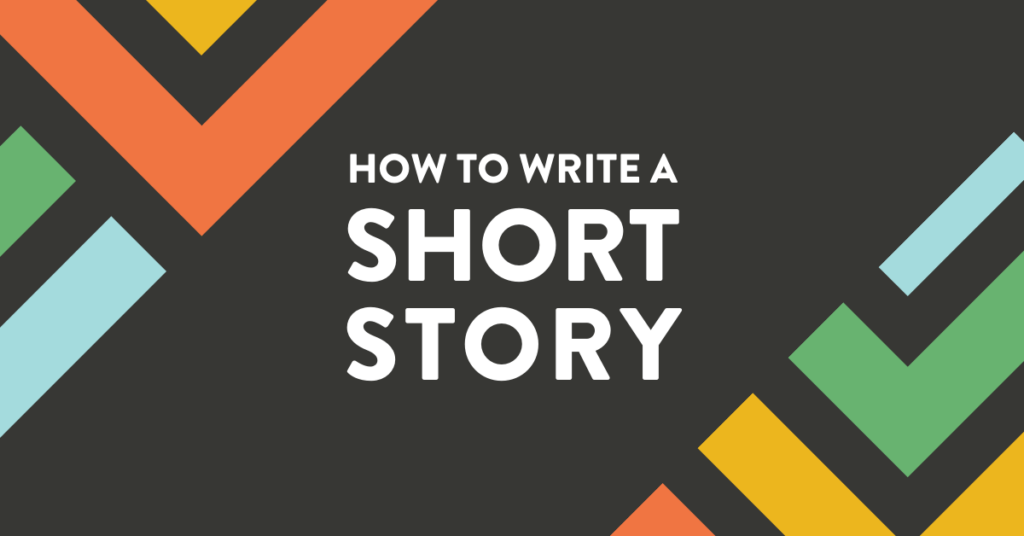